For the latest evacuation information and a live map of the area visit socoemergency.org. Read text evacuations HERE. Text your zipcode 888-777 to enroll in Nixle alerts. 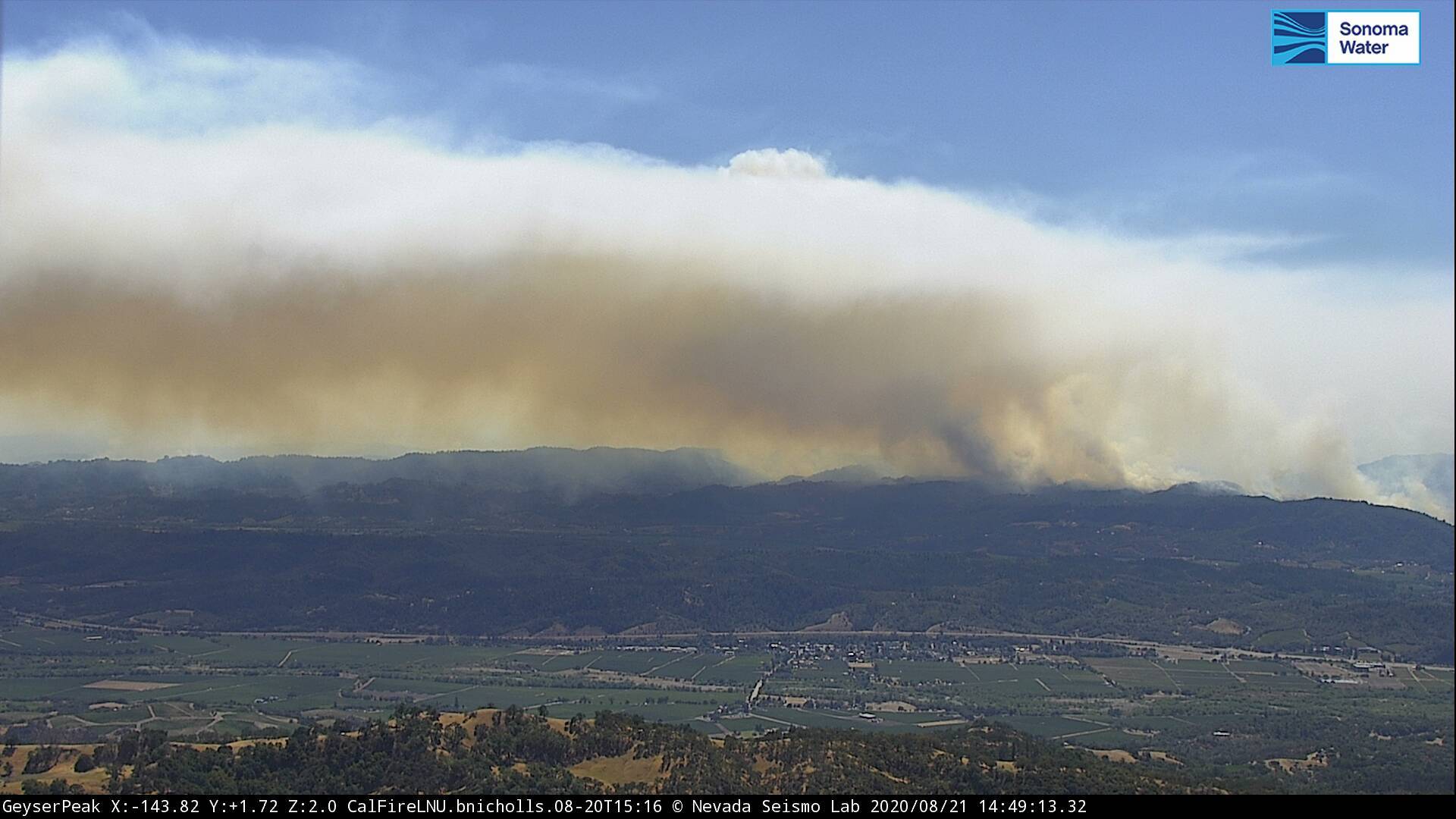 Most of the evacuations for the Walbridge fire have been lifted or downgraded. Guerneville residents were able to return to their homes on Thursday as the mandatory evacuation north of the Russian River warnings were downgraded to a warning yesterday. For a live-updated map of evacuations and warnings click HERE.

Cal Fire has released a map of the initial damage assessment. View that map HERE.

As of Wednesday morning, the Walbridge fire is  54,923 and 19% contained. The fire grew 420 acres overnight. The Meyers fire, burning north of Jenner is 2,360 and 97% contained. About 5,500 residents remain under evacuation orders or warnings.

According to Sonoma County Supervisor James Gore, the initial estimate of the damage costs to local government is $18 million.

Due to the federal disaster declaration, residents can now apply for recovery aid from the Federal Government. Register at disasterassistance.gov

Here are two additional addresses to check-in and get PPE and other gear for those seeking reentry into the burn zones:

As of Tuesday morning, The Walbridge Fire is 54,503 acres and 17% contained. The fire has reached the valley floor at the Armstrong Woods State Natural Reserve but is mostly burning ground cover. Crews and state park rangers have mobilized to protect infrastructure at the park.

Federal disaster aid applications are now open. The aid will cover uninsured property losses. Applicants can apply online at disasterassistance.gov or by calling 800-621-3362.

Numerous evacuations were downgraded from orders to warnings yesterday. Residents who are returning home to the river area should do so via Highway 1. Highway 116 is closed east of Cazadero highway. For an up to date map of mandatory evacuation and warning areas click HERE.

There is a singular re-entry point for returning residents at 17499 Bodega Highway, Bodega Bay. Residents who return do so at their own risk. Visit socoemergency.org for more information on how to safely return to your home.

In an update Morning morning, Cal Fire officials said five crews are out assessing damage from the Walbridge Fire today.  There is currently no accurate assessment of buildings and homes destroyed in Sonoma County, but officials hope to have more accurate numbers by this afternoon. As of Monday morning, 871 buildings have been destroyed by the overall LNU Lighting Compex.

There are several other large fires burning in and around Sonoma County. NorCal is not actively monitoring these fires as they are not in our coverage area. We will begin to monitor these fire if they expand into Sonoma County.
For up to date evacuation information for Napa visit Napa Cal OES HERE.  For evacuation information for Lake County CLICK HERE.
(Image: Map of the area courtesy of socoemergency.org)