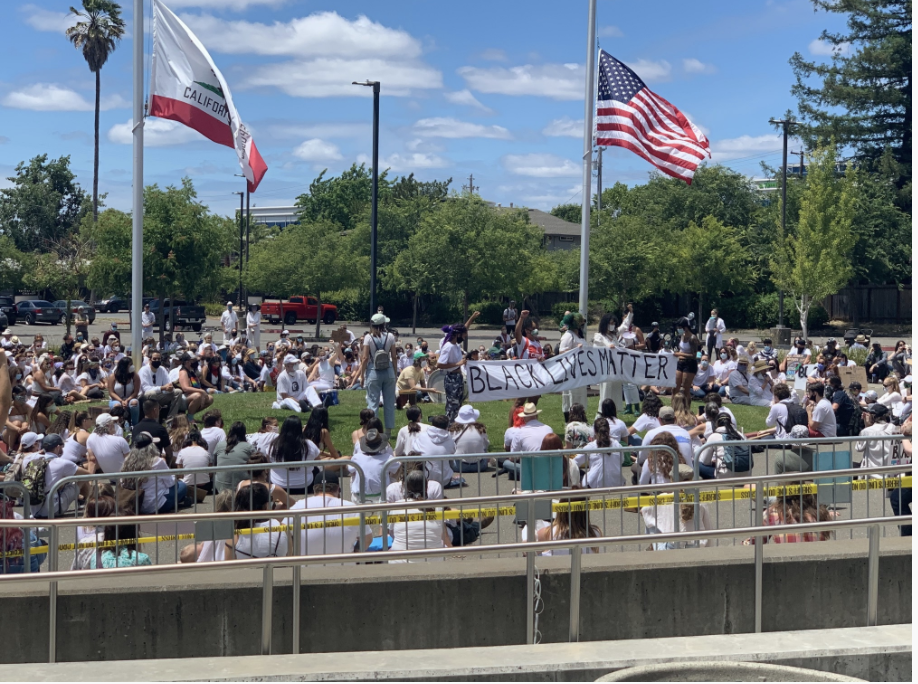 Photo of a Black Lives Matter Protest in 2020. (Photo by Adia White)Santa Rosa Jr. College student and activist Caitie Ferro cried when she first heard the news that Derek Chauvin was guilty of murder, and thought the dozens of marches she went to over the past year might have led to change.

"All of the nights that I spent marching until my feet were sore and I was chanting and screaming, were worth it," Ferro said.

Hours after she heard the guilty verdict, she went to a gathering on campus with other activists. A day later, she said she sees how much more progress still needs to be made.

"It’s something but it’s not everything and there’s still a lot of work to be done. The chants stay the same but the names change," Ferro said.

Tina Rogers, a Sonoma county native,  multicultural arts educator and community activist, said decades after the Civil Rights Movement it’s time for accountability. Rogers facilitated a chat with the Rohnert Park police chief this month to built transparency and trust - the city bordering Santa Rosa, where a former police chief testified in defense of Chauvin during the trial.

And that it’s too early to celebrate. Chauvin still needs to be sentenced.

"Each and every one of us has to be held accountable or at least understand that we have to make changes immediately," Rogers said.

"When you are in a position of power, you should look at your actions and how that impacts people and the consequences of it," Elward said. "Yesterday it shows we cannot take advantage of the people and also shows that yes, Black lives do matter."