As Wildfire Season Looms, California Adds 900 Firefighters to its Crews 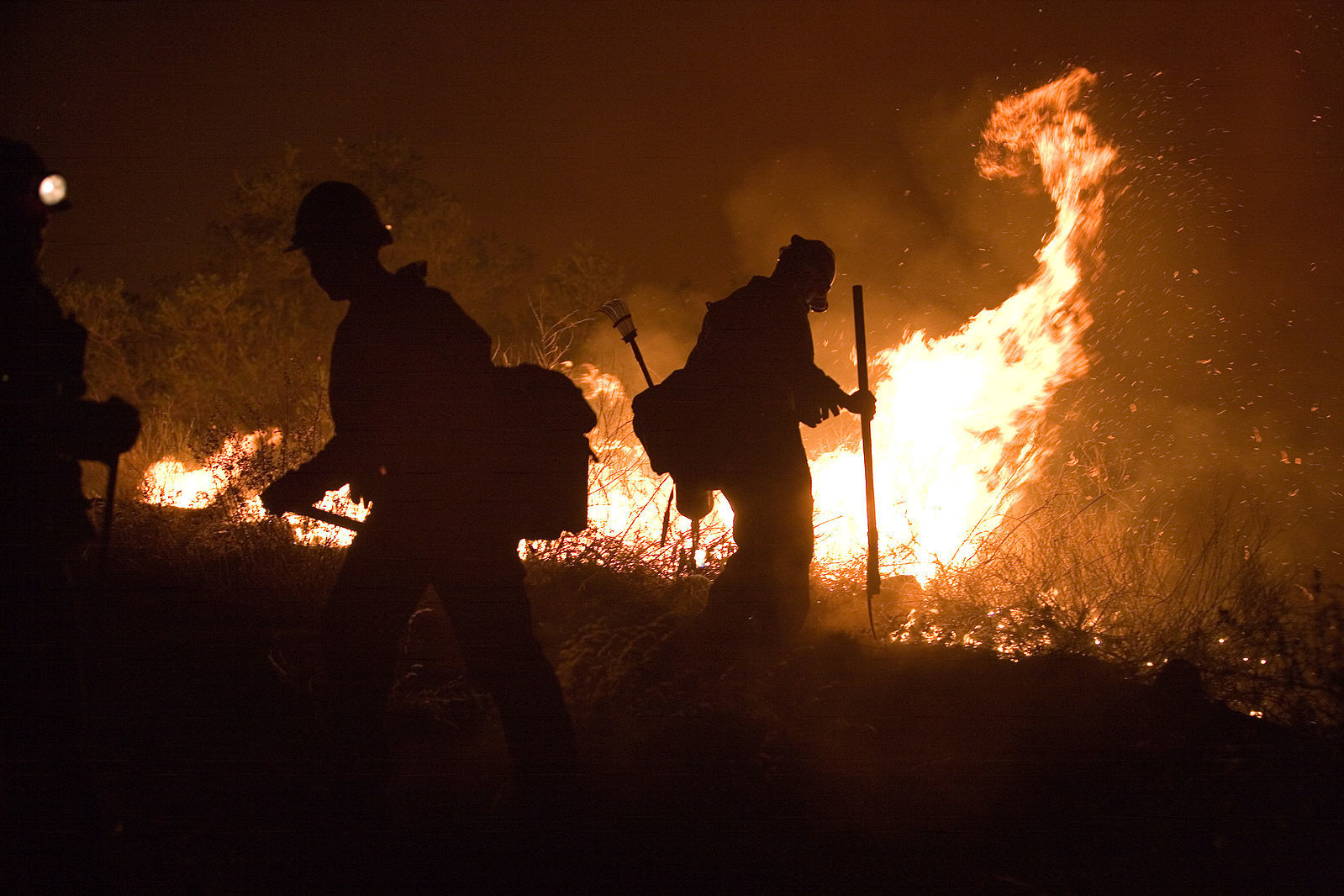 California will hire nearly 900 new seasonal firefighters to make up for a dwindling number of firefighting inmates as wildfires already have blackened more acreage than last year.

The state has long relied on thousands of incarcerated firefighters as the “infantry” of its forces fighting wildfires. But with an outbreak of the novel coronavirus at a key Northern California training hub, combined with efforts to reduce numbers of prisoners, only 94 of the state’s 192 inmate fire crews are available.

“We are now walking right into the thick of firefighting season,” Gov. Gavin Newsom said at a press briefing today, standing in front of a new Blackhawk helicopter intended to bolster the state’s fire suppression efforts. “Let us be vigilant.”

So far slightly more acreage has burned this year compared with last year. But it’s less than half the average annual acreage burned over the past five years; fires scorched 23,640 California acres through July 5th, compared to an average of 51,215.

In all, 4,112 fires have ignited in California so far this year, far exceeding the five-year average of 2,580 fires through the beginning of July.

Typically, roughly 2,200 inmates are on the frontlines of firefighting in California. But Thom Porter, director of Cal Fire — the California Department of Forestry and Fire Protection — said he expects the inmate crews to reach 75% capacity by the end of the season.

Porter said the 858 new seasonal firefighters and an additional six crews for the California Conservation Corps will “backstop” the inmates available in the hand crews that use tools and chainsaws to cut firelines. California’s budget also includes $85.6 million for firefighting resources, including an additional 172 full time staff for CalFire’s workforce, according to Newsom.

“But we are also looking at what the reality is right now,” Porter said. “We don’t have those [inmate] crews and we might not. COVID might infect firefighters and/or hand crews and keep them out of the firefight for a quarantine period, or longer.”

Porter said that Cal Fire will be aggressive about keeping fires small, which he said is key for reducing the threats to public health and costs associated with letting fires burn.

Porter called this approach “the original Smokey Bear model” in an interview with Smithsonian.

“While we are in the COVID pandemic, we have to reduce smoke impacts to communities from long burning wildfires, even in exposure to our firefighters,” Porter told Smithsonian. “We have to keep fires small. Yes, it’s a throwback and not what I want in the future. But it’s something we need to do this year.”

“A long and difficult fire season”

While California has contained the area burned so far, the months ahead are expected to prime the state to burn.

After a dry winter and a warm spring, California is seeing moderate to severe drought in the northern half of the state, with extreme drought hitting the border with Oregon.

The National Weather Service’s Climate Prediction Center projects above-average heat in the months to come. And there are signs of a dry autumn ahead, according to an analysis by Daniel Swain, a climate scientist at the University of California, Los Angeles.

Many officials say that the state’s fire season is now yearlong, but almost all of its most destructive wildfires started in September through December.

“There are early hints that we’re probably going to be in for a long and difficult fire season, given that we’re still in the easy half. And it’s already getting challenging out there,” Swain told CalMatters.

Mark Ghilarducci, director of the California Governor’s Office of Emergency Services, said that evacuations from wildfires will be handled differently this year because of the virus. Some people evacuated from fire zones will be sheltered in hotels, while others may be sent to college dormitories or fairgrounds. At shelters, people’s temperatures will be taken, they will be separated and masks will be required. Meals will be individually served rather than buffet-style.

Meanwhile, the coronavirus has complicated California’s firefighting efforts by sidelining inmate fire crews. These crews are made up of 15 to 17 inmates cutting firelines. The program has been criticized for low pay, dangerous conditions and limited job prospects in firefighting on release.

The program saw a major disruption this year when the transfer of inmates from San Quentin likely started an outbreak at the California Correctional Center in Susanville, Northern California’s training hub, the Sacramento Bee reported.

The outbreak stopped transfers to the fire camps. Although there are no confirmed cases at the fire camps, according to the California Department of Corrections and Rehabilitation, 12 camps are undergoing mandatory quarantine. The quarantine is scheduled to be lifted next week.

Newsom said that the release of 10,000 inmates since March also decreased the firefighting force, and there are plans to release still more, he said.

“We are trying to be as prepared and vigilant as possible,” Newsom said. “We’re not looking to react and announce something after the fact.”