When is Father's Day? This Week on American Routes – Friday at Noon 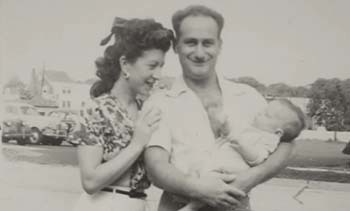 From “Ol’ Man River” to “Papa Was a Rolling Stone,” we turn to the American songbook for portraits of fatherhood, both kindly and cautionary, from down-home country to down-with-the-man rock ‘n’ roll and soul. We talk to New Orleans jazz patriarch Ellis Marsalis about family life and raising four career musicians: Wynton, Branford, Jason, and Delfeayo. Dan Auerbach of the Black Keys tells of working in the studio with his dad, Chuck Auerbach, who is making his recording debut at age 68 with Remember Me. Daughter Rosanne remembers Johnny Cash’s voice and her favorite of his tunes. And Steve, Sasha, and Martin Masakowski discuss playing music as a father-daughter-son trio and their different roles as family/band members. Plus, fatherly odes from the Everly Brothers, Gladys Knight & the Pips and the Drive-By Truckers.