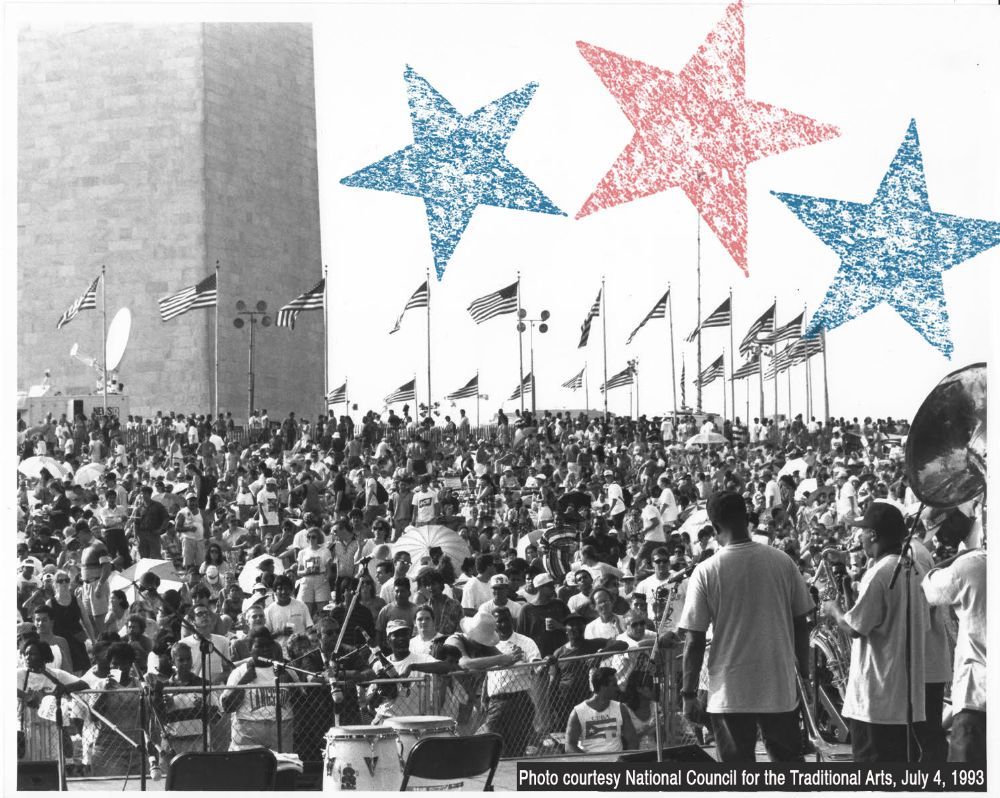 It's Fourth of July, and we dig into the archives for the roots of American Routes. It all began with a series of Independence Day concerts held annually at the Washington Monument before the fireworks show on the National Mall and featured the best of American vernacular musical culture. We’ll sample from nearly a decade’s worth of concerts, highlighting spectacular stage performances by the Staple Singers, Tito Puente, Steve Riley and the Mamou Playboys, New Orleans Tuxedo Brass and more. It's Musical Stars & Cultural Stripes: American Roots Independence Day Revisited.