California State Leaders Want to Restrict Police Use Of Projectiles During Protests - December 23, 2020 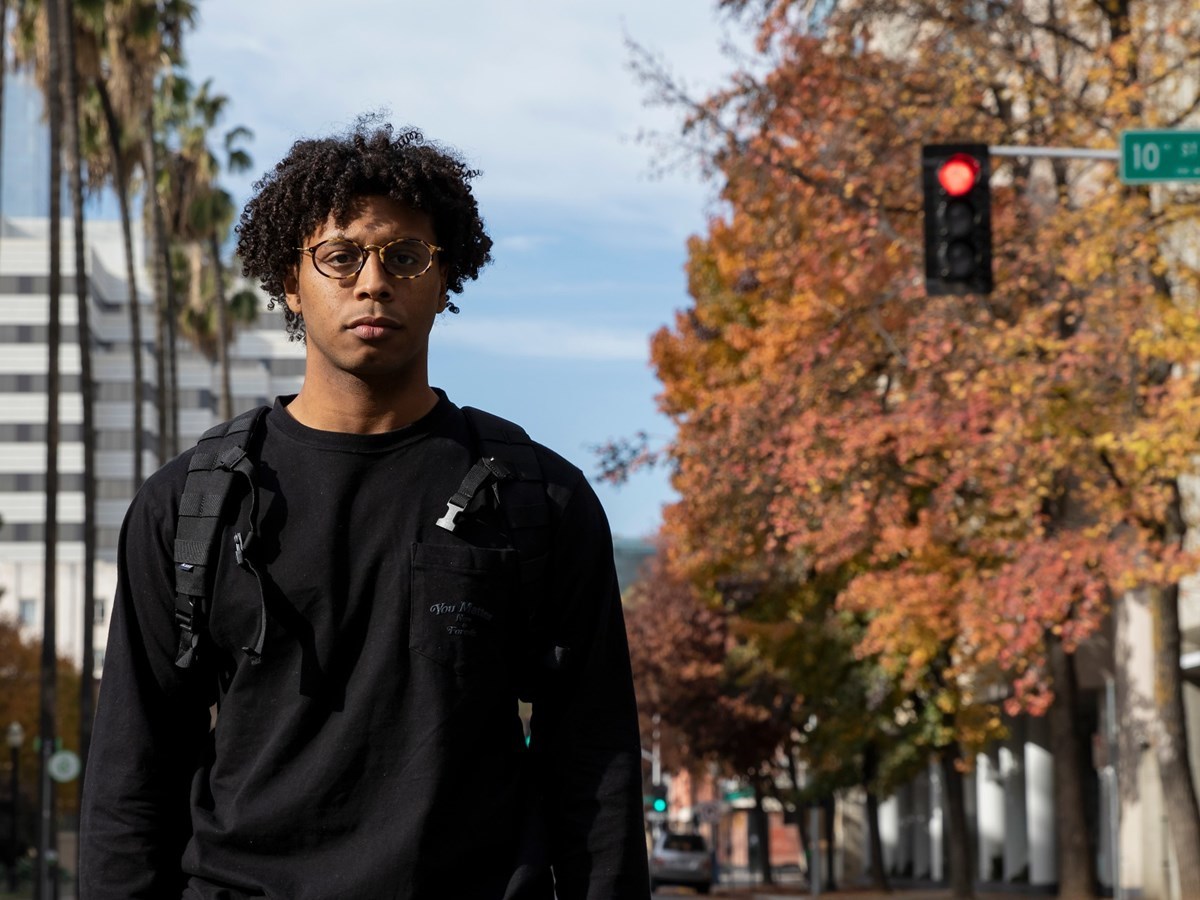 Projectile weapons have injured protesters -- sometimes permanently -- across CA this year, often during racial justice protests, and even at championship celebrations for pro sports teams. Now, calls for reform are echoing throughout state government.

(Photo: Foucha Coner stands at the intersection of 10th and L Street in Sacramento, California, Sunday, Dec. 6, 2020. The intersection is where Coner was shot in the face just above the eye with a projectile during the protest over the death of George Floyd - Sara Nevis for CapRadio)