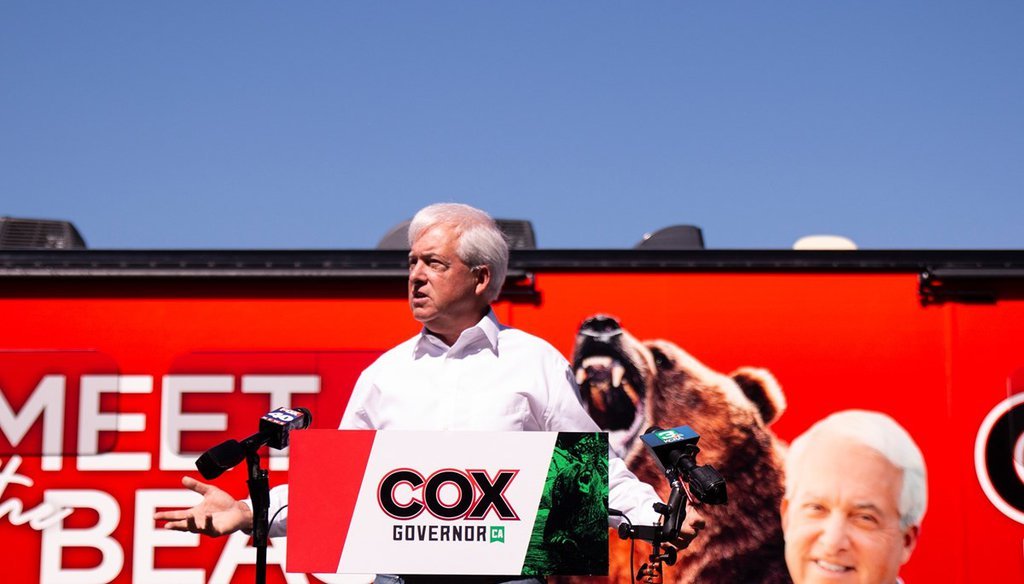 (Photo: John Cox, Republican gubernatorial candidate in California, launched his official campaign bus tour for the upcoming recall election as an actor bear named Tag walked around behind him in Sacramento on May 4, 2021 - Kris Hooks / CapRadio).

Cal Expo officials said Wednesday they’ll remain as a mass vaccination site through the summer with the hope of allowing events to open with larger capacity later this year.