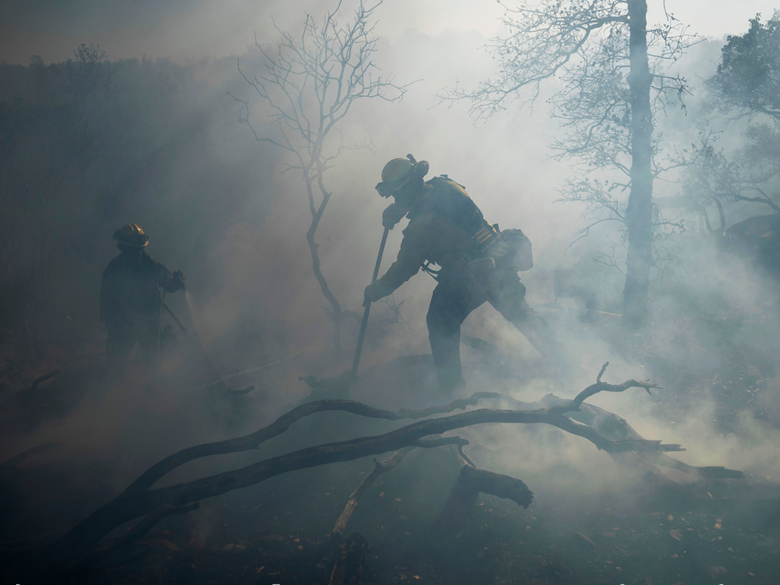 (Photo: A firefighter extinguishes hotspots while battling the Olinda Fire in Anderson, Calif., Sunday, Oct. 25, 2020. The blaze was one of four fires burning near Redding that firefighters scrambled to stop as high winds buffeted Northern California - AP Photo / Noah Berger)

Governor Gavin Newsom placed a moratorium on executions in California soon after he took office. Now, he’s taking his crusade against the death penalty to the courtroom with his first amicus brief.

College enrollment numbers are mixed as the pandemic continues to keep campuses closed and classes online.

The California Restaurant Association wants the state and counties to refund $100 million in fees restaurants had to pay even while they were shut down.