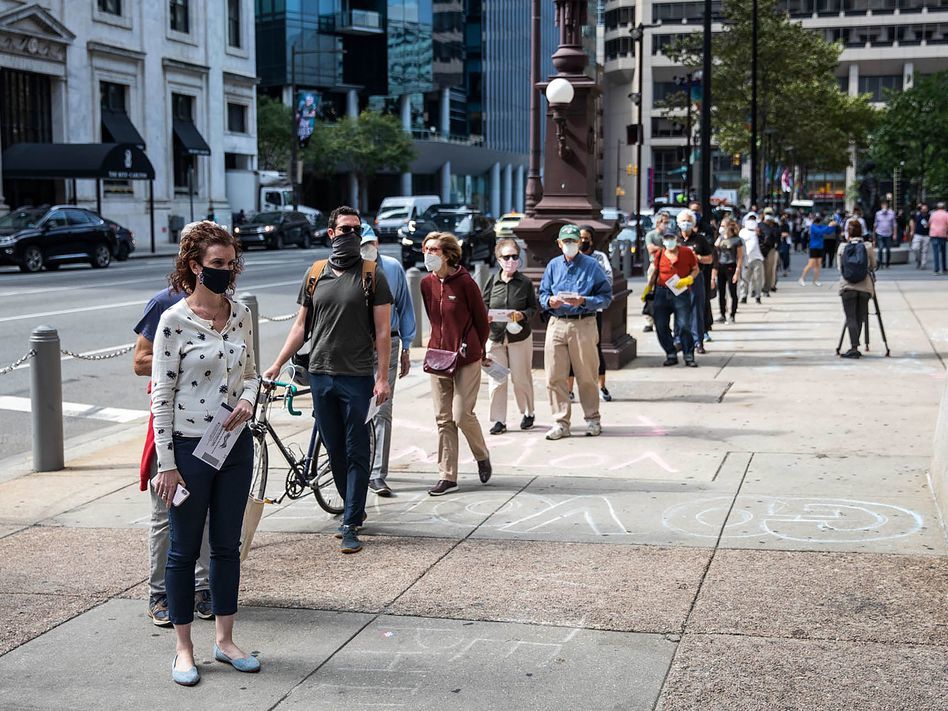 (Photo: People wait in line to cast their vote during early voting at City Hall in Philadelphia on Oct. 7 - Gabriella Audi / AFP via Getty Images)

California leaders are meeting online this week to discuss how to reach the state’s ambitious climate change goals.

Distance learning is still a struggle for many California families. But a pair of new polls suggest most parents don’t want to send their kids back to school yet.

California health officials have released guidelines for how to safely socialize in small groups.