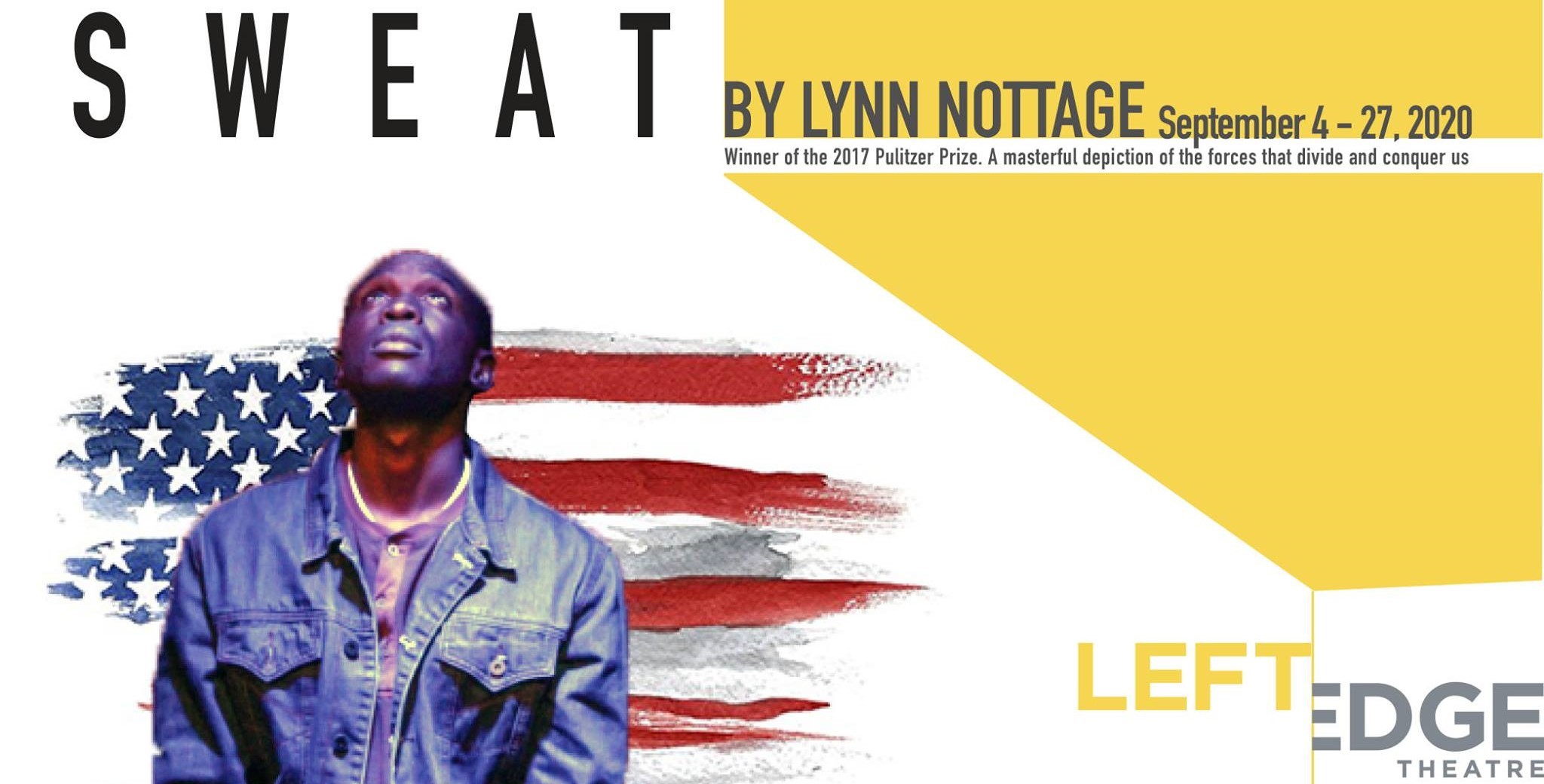 With no date in sight for the resumption of live, in-house theatre, Left Edge Theatre becomes the first North Bay company to move forward with a full season of streaming productions beginning with Lynn Nottage’s Pulitzer Prize-winning drama Sweat. The show is available for streaming through September 27th.

The play opens with a parole officer (played by Corey Jackson) interviewing two recent parolees – Jason (played by Skylar Bird), whose face sports a black eye and white supremacist tattoos, and Chris (played by Sam Ademolah), a young African-American who has found solace in religion. How these two are connected and what event precipitated their imprisonment will be revealed over the show’s time-shifting two-plus hours as it addresses issues of economic inequality, race, immigration, union-busting, and what despair can do to friends and family over the span of eight years.

A Reading, PA blue-collar bar tended by Stan (played by Mike Pavone) and his barback Oscar (played by Anthony Martinez) is the favorite watering hole and home-away-from-home of good friends and factory line co-workers Tracie, Cynthia, and Jessie – played by Jill Zimmerman, Serena Elize Flores, and Lydia Revelos. Cynthia’s announcement that she’s applying for a management position seems to sit well with her friends until she gets the position and has to announce plant reductions and layoffs. Labor unrest grows, latent prejudices are exposed, friendships crumble, and soon the bar’s status as neutral territory is horribly revoked.

Director Argo Thompson has given this streaming production a more cinematic look, eschewing the infamous Zoom “Brady Bunch” boxes for single screenshots. Another improvement was replacing green screen background projections with individual set pieces that were constructed in the actors’ homes and on the Left Edge theater stage. Several scenes were pre-filmed including a fight scene which didn’t come off particularly well and raised some questions in my mind with regard to COVID-safe practices.

Technical challenges with live-streaming still exist. Camera focus issues, inconsistent audio, and ragged transitions continue to be the norm. The cast must double as crew and, despite the occasional blip, handles those duties with aplomb.

The performances delivered by the diverse cast are generally strong. Actors with significant film and television experience (like Pavone and Zimmerman) seem more comfortable with the medium, but each actor has their moment.

At its core, Sweat is an examination of how those on the lower rungs of the economic ladder tend to devour each other to survive when it would be better to direct their appetites to those on top. It’s powerful food for thought.

Left Edge Theatre’s Sweat is available for streaming through September 27.  For more information, go to leftedgetheatre.com