Ginger Baker, Cream Drummer And Force Of Nature, Dies At 80 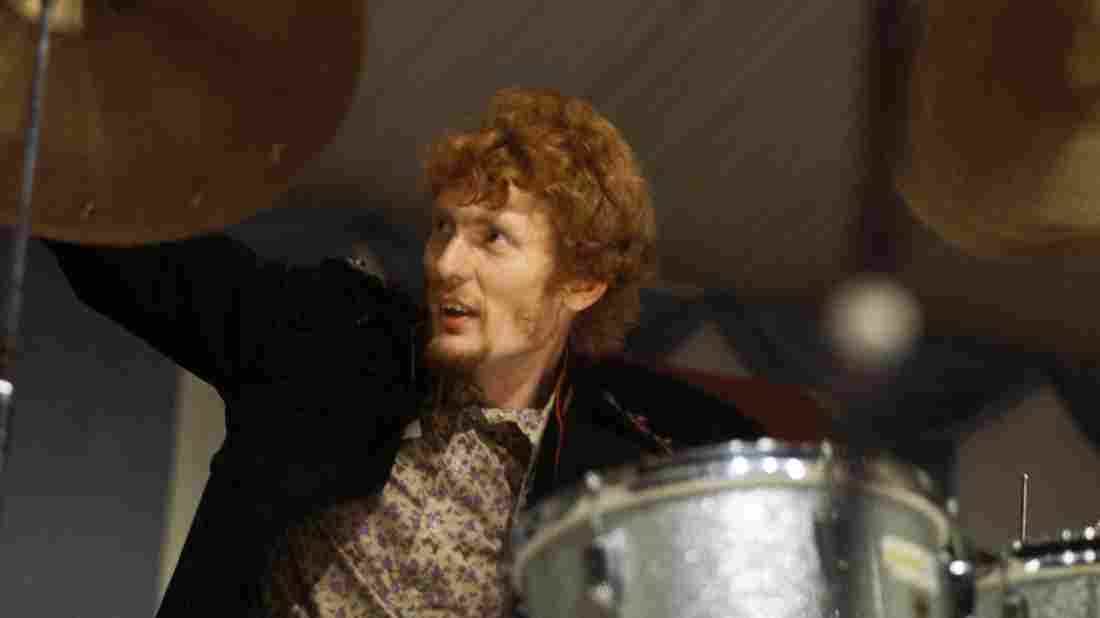 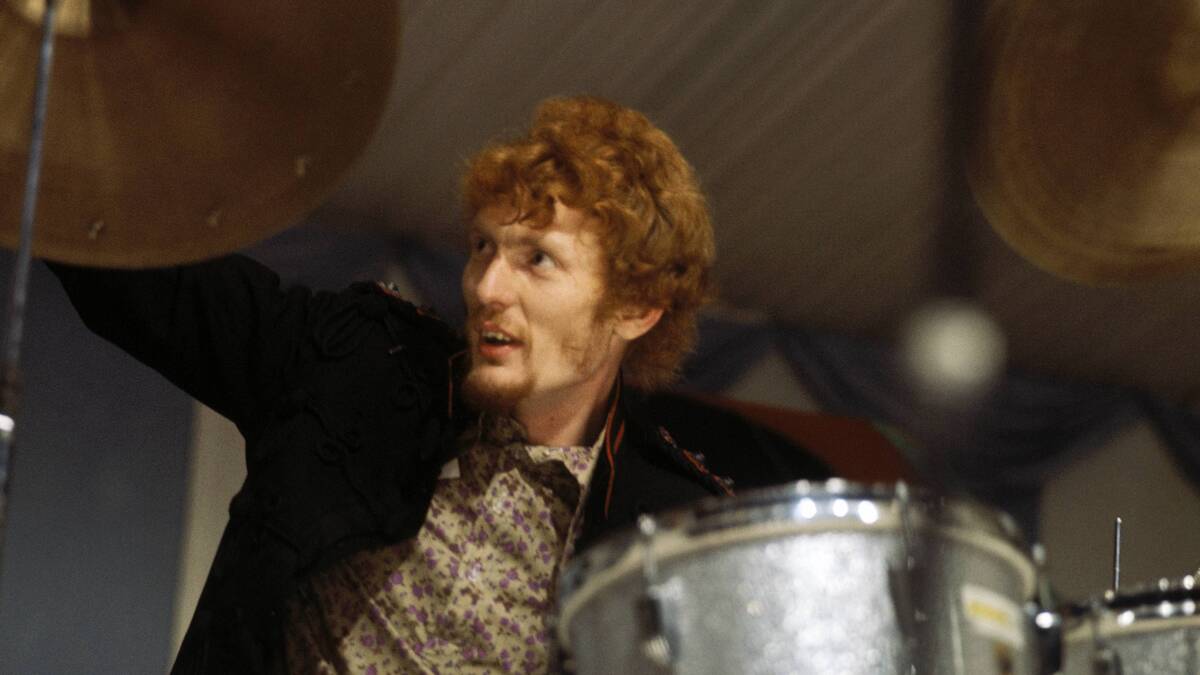 Ginger Baker, performing with Cream in 1966.

There are lots of firsts and superlatives in the career of Ginger Baker, the drummer and bandleader who died Sunday at age 80.

The wild-eyed son of a South London bricklayer, Baker was the engine room of rock's first and still most revered power trio, Cream. He played a similarly key role in shaping the more finessed work of one of rock's first supergroups, Blind Faith.

Then, in the 1970s, Baker led bands that linked the flamboyant intensity of rock to the intricate polyrhythms of jazz and jazz-rock fusion. He was the first rock-era timekeeper to seek out and become fluent in the nuances of African drumming – famously collaborating with the Nigerian Afro beat pioneer Fela Kuti in performances captured on a landmark 1971 live album.

Baker earned the admiration of his colleagues; Cream collaborator Eric Clapton described him as a "fully formed musician." He also had an ego to match his accomplishments: He titled his 2009 memoir Hellraiser: The Autobiography of the World's Greatest Drummer. Police drummer Stewart Copeland, one of the many rockers who regard Baker as a primary inspiration, told an interviewer [in the Beware doc mentioned below] "He personally is what drums are all about."

But as made clear in the unflattering 2012 documentary Beware of Mr. Baker, the Cream drummer was coarse, cantankerous and confrontational at close proximity. The film opens with the interviewer on the receiving end of a shot to the face from Baker's cane; it goes on to chronicle the acidic relationship between Baker and Bruce during the Cream days, and quotes Baker heaping derision on contemporaries like Keith Moon of the Who and John Bonham of Led Zeppelin.

At one point in the film, Baker's first wife, Elizabeth Ann Baker, says "If a plane went down and there was one survivor, it would be Ginger....The devil takes care of his own."

Onstage and off, Baker relished being the wildcard, the rogue, the instigator. Curiously, the same character traits that made people fear Baker face-to-face served him well on stage, where his goading, conversational approach to timekeeping became the catalyst for some of the most ferocious extended jamming in rock history.

Baker pushed Cream guitarist Eric Clapton to peaks of soloistic fury he'd never visited before – and wouldn't regularly reach again. That was partly the result of Baker's considerable technique, his ability to sustain an intricate surging rhythm on the cymbals while pursuing another, contrasting rhythm, on a drumkit outfitted with two bass drums. Where other drummers of his generation focused on power, Baker approached the job of timekeeping with extraordinary control, even finesse. He was a master of polyrhythm.

Baker's ability to guide and shape music – all kinds of music – derived from his keen instinct for drama: He was responsible for many of the unusual phrases, like the stop-time passage at the beginning of "White Room," that made Cream thrilling live. He understood how to "set up" these ideas to unite the musicians, and also knew exactly the right moment to shatter that unity with wicked full-spectrum fills that sent the music into higher gears.

Baker also had a knack for sparking, and then cultivating, marathon musical conversations – in many ways, his approach is the model for generations of jam-band musicians. He'd start by establishing an easygoing groove that coaxed soloists like Clapton and Steve Winwood (his colleague in Blind Faith and the first edition of Ginger Baker's Air Force) into the spotlight. With slight jabs and understated drum chatter, Baker would gradually increase the intensity of the music. Once things hit a lusty rolling boil, his playing would become busier and more agitated – at times in the live performances of Cream and Air Force, it sounds like Baker is engaged in an all-out war [boxing match] with whoever's taking a solo. Incredibly, even during those group peaks and frenetic drum features of epic duration, he never seemed to lose track of the pulse.

Guided by curiosity about African music, Baker moved to Nigeria in 1971 with the intention of opening a recording studio in Lagos. He'd known Fela Kuti during the African bandleader's school days in London, and occasionally served as a substitute for drummer Tony Allen in Kuti's group Africa '70. A recent reissue of their live collaboration includes an entrancing "drum-off" with Allen, one of several trap-kit summit meetings Baker initiated (and promoted heavily) during his career; another, with jazz legend Elvin Jones, happened during a 1971 Air Force performance at the Lyceum in London and is documented on the live Do What You Like.

In the 2012 documentary, Baker says his intention was not to engage in some sort of live competition with Jones and other drummers. "What always happens is, if you're playing with a good guy, you end up playing together."

That pretty much sums up the strange magic of Ginger Baker: Though he wasn't necessarily charming or gracious in social settings, he was somehow able to cultivate genuine interaction and empathy among musicians in live situations. He did this on stages of every conceivable size, in front of massive Hyde Park crowds and in tiny subdued jazz clubs. Among his later-career highlights is Going Back Home, an instrumental trio date from 1994 with guitarist Bill Frisell and bassist Charlie Haden. It captures the technical facility that made Baker a legend, and something more visceral besides – the primal, journeying spirit he brought to so many projects. There's maybe some quibbling with his "World's Greatest Drummer" claim, but this much is not in dispute: You could count on a thrill ride every time Ginger Baker was behind the kit.