Classical Music Tries To Reckon With Racism — On Social Media 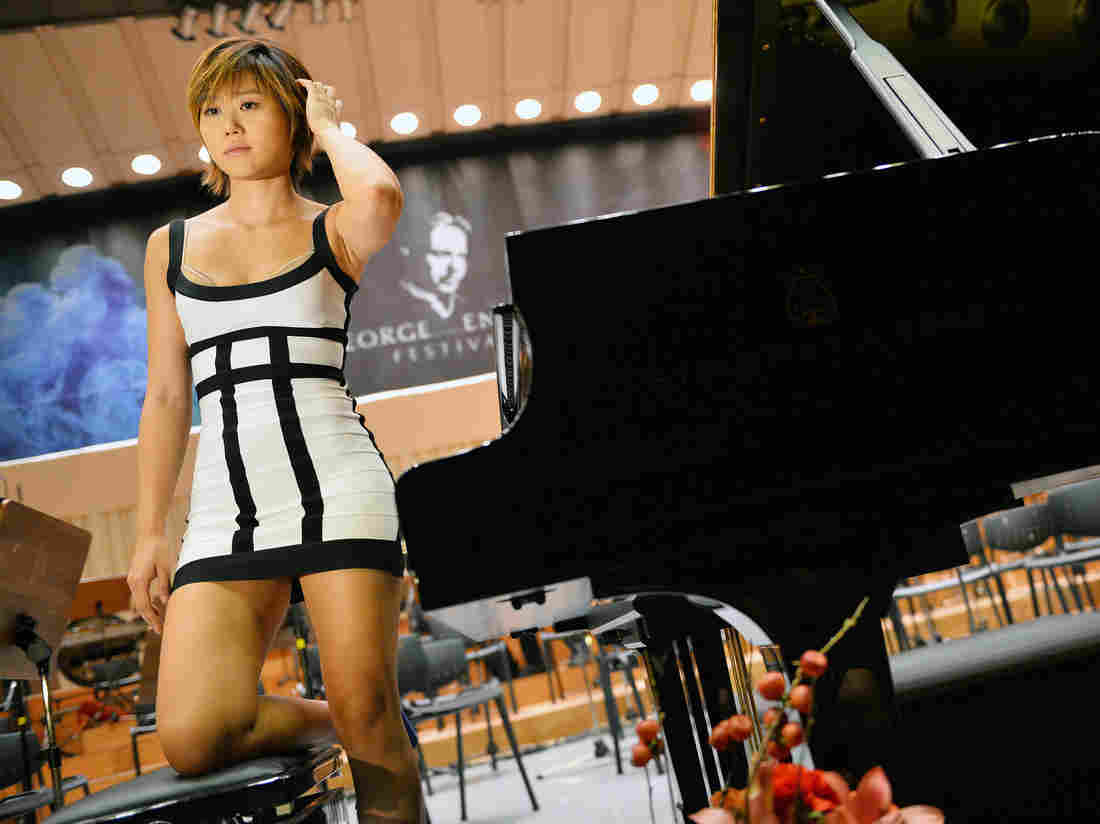 Yuja Wang, after a rehearsal in Bucharest, Romania in 2013. Daniel Mihailescu/AFP via Getty Images hide caption 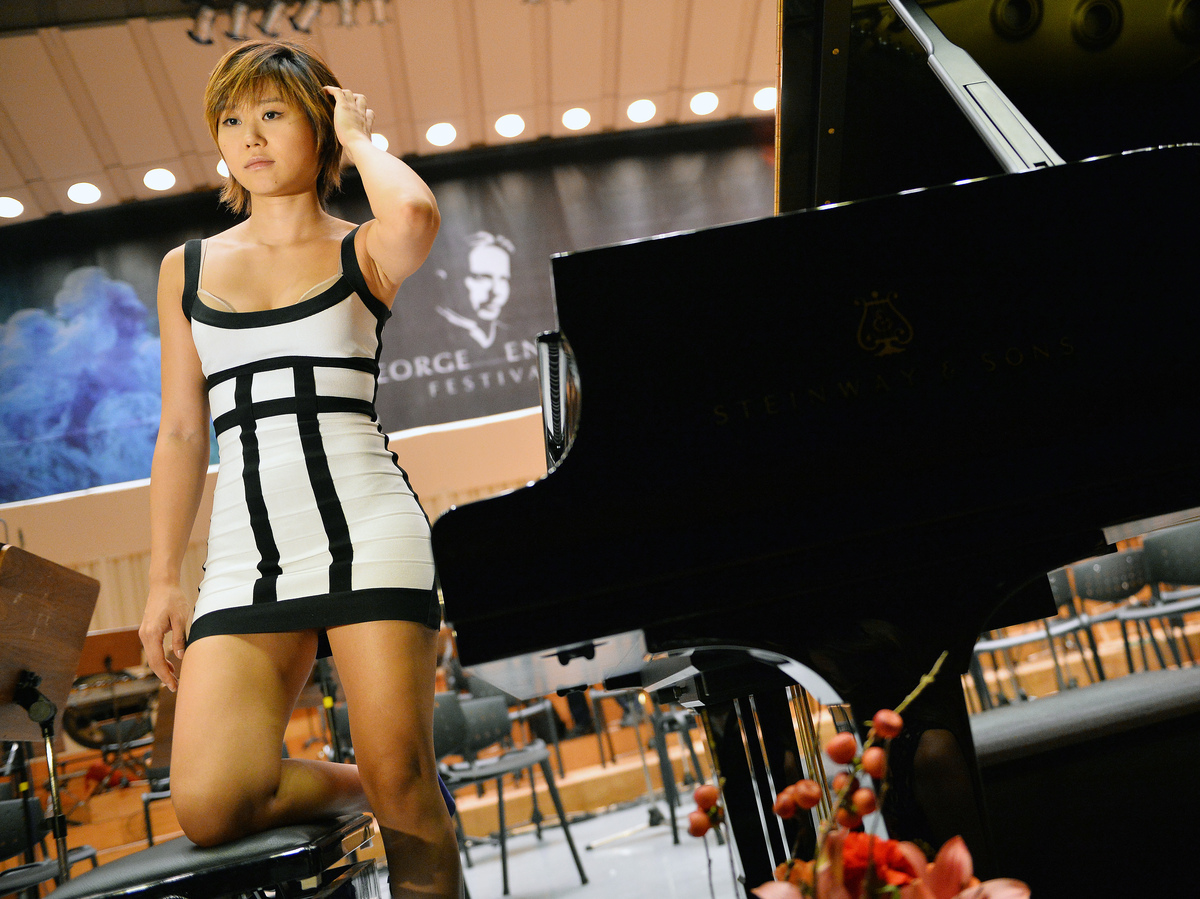 Yuja Wang, after a rehearsal in Bucharest, Romania in 2013.

Two controversies broke out this week regarding accusations of anti-Black racism in classical music. One involved two high-profile international soloists, pianist Yuja Wang and violinist Leonidas Kavakos. The other features less prominent individuals — a group of academics — but it also points to the slowness of the classical music community to take up difficult conversations about race and representation.

But in both cases, the accusations and the rebuttals have played out speedily on social media — within a community that still relies heavily on hierarchical prestige and institutional power.

On Monday, an anonymous person accused Kavakos and Wang of making racist remarks about a Black audience member after one of their joint recitals in Michigan. The allegation was made via an Instagram account called "Orchestra Is Racist," one of several similarly geared social media accounts that have sprung up this summer.

Wang is one of classical music's few current superstars; she holds endorsement deals with leading luxury brands, including Rolex and Rimowa. (In 2014, this reporter produced a performance video with Wang for NPR Music.) Through a representative, she sent a written statement to NPR late Tuesday night that read in full:

"It has come to my attention that a post has been shared on @orchestraisracist, with an anonymous report of a post-performance conversation in a car between Leonidas Kavakos and myself a couple of years ago in Michigan. I have no recollection of this conversation, but language and actions that are judgmental or discriminatory against anyone are unacceptable. The most important thing is how we treat each other, and I offer my sincerest and most humble apology, if I have ever offended anyone.

I have faced personal and professional criticism, discrimination, and sexism countless times throughout my life and career. I know how hurtful that can be, and would never want to contribute to a negative culture or atmosphere that disparages others. It goes completely against what I believe. It's important to listen to the many voices speaking out right now. We have to be open with each other to allow for the opportunity to acknowledge our missteps, to forgive and to grow from these experiences."

Within the comments section on the "Orchestra Is Racist" post, Kavakos republished a comment that he had originally made on his own Facebook page on June 2, in the aftermath of George Floyd's killing. He wrote in part: "If WE want to look at Humanity as an accord consisting of human lives, and attempting to create its own Harmony, the atrocious act of killing George Floyd, has destroyed that attempt. It is an act that stabs US ALL creating severe wounds, that threaten OUR Existence! If, additionally, this act is 'justified' by some kind of 'life rating according to skin color,' then I'm afraid, Humanity is suicidal." Kavakos did not address the specific accusation made against him and Wang.

On Wednesday morning, a representative for Kavakos sent another statement to NPR, which read in full: "I find accusations of any form of racism deeply upsetting and abhorrent. I will never accept any form of discrimination and I am vehement in my commitment to equal rights and inclusivity. If I have ever offended anyone by how I have previously spoken I wholeheartedly apologize to them and can assure them that any hurt caused was completely unintentional and does not reflect the person I am and my values. I welcome the current discussions that are taking place that are teaching everyone that we all have something to learn and need to listen to all voices."

Meanwhile, classical music's academic sphere is facing its own reckoning. Last November, at the annual conference for the Society for Music Theory, a Black music theorist named Philip Ewell gave an address titled "Music Theory's White Racial Frame." As part of his presentation, Ewell argued that Heinrich Schenker, a late 19th and early 20th century theorist whose work has been foundational in the musical analysis of Western art music, was not only explicitly racist personally, but that Schenker also contended himself that his views on race and on music were indivisible. He also pointed out that his field is still overwhelmingly dominated by white academics, and that the musical material taught to students is also heavily tilted towards the work of white (and male) composers.

In one of the essays, one of the publication's lead editors, Timothy Jackson (a professor at UNT), accused Ewell personally — and the broader Black community — of being anti-Semitic, writing: "Ewell's denunciation of Schenker and Schenkerians may be seen as part and parcel of the much broader current of Black anti-Semitism ... They currently manifest themselves in myriad ways, including the pattern of violence against Jews, the obnoxious lyrics of some hip hop songs, etc."

Another rejoinder, from David Beach, a Schenker specialist at the University of Toronto, included this piece of scholarship: "My suggestion to Philip Ewell is that he stop complaining about us white guys." In response, many music theorists, musicologists and students have denounced the Journal of Schenkerian Studies and several of the included authors, as has the Society for Music Theory.