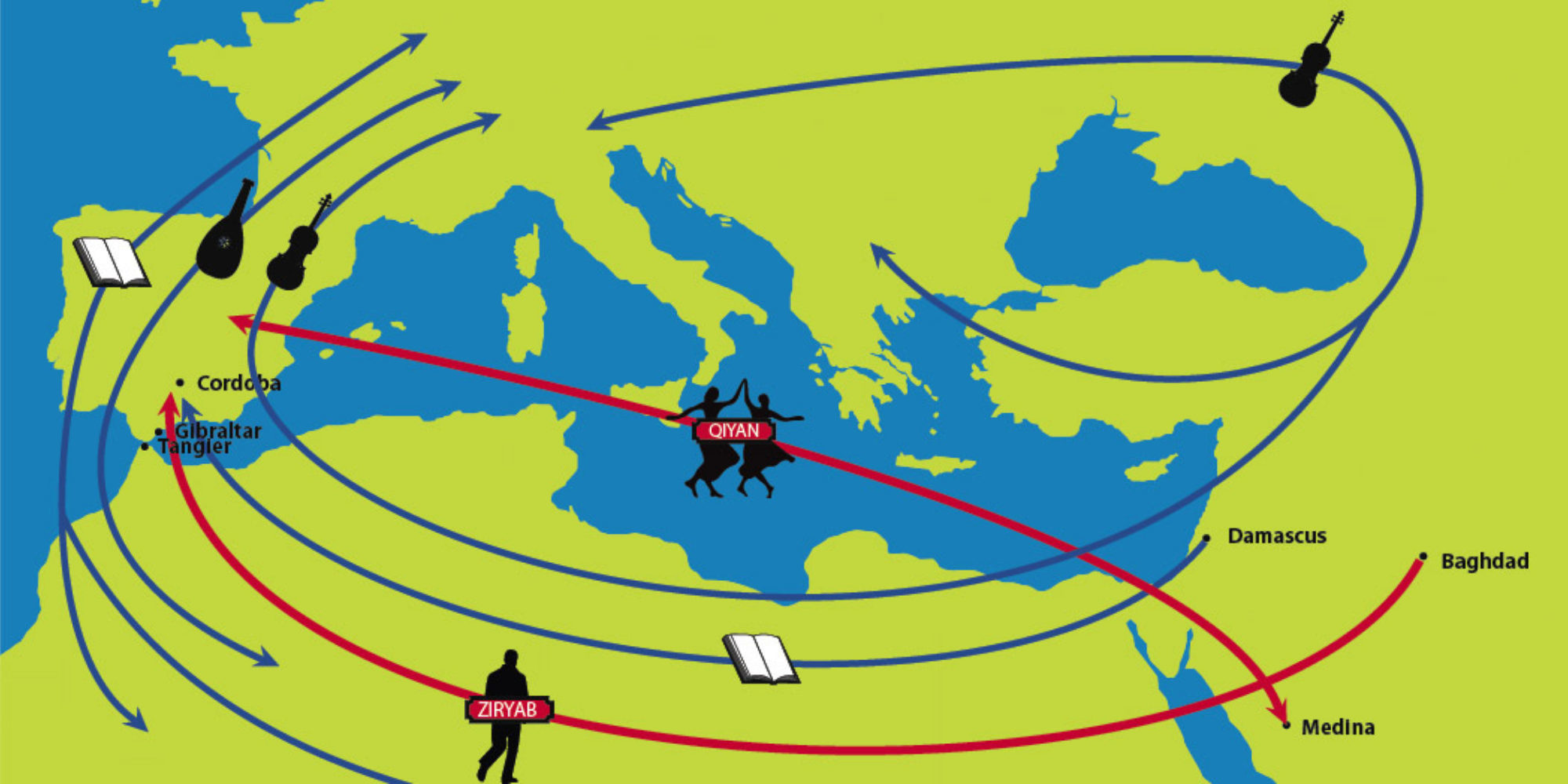 The 700-year period of Muslim courts and conquerors in Medieval Spain (711-1492) leaves behind many mysteries. In the first of a three-part look at the musical legacy of Andalusia, this program presents period recreations of medieval Spanish music and considers the lasting influences the era would have on Europe. This program takes a provocative look at instruments--the lute and the violin--at the tradition of troubadours, European poetry and vocal styles, and much more, all informed by the insights of Al-Andalus scholar Dwight Reynolds (University of California, Santa Barbara). Many enigmas remain, but you may never hear European music in quite the same way after this venture into the heritage of Al-Andalus. This is part of Afropop Worldwide's "Hip Deep" series exploring the historical roots of musical cultures of the Afro-Atlantic world.