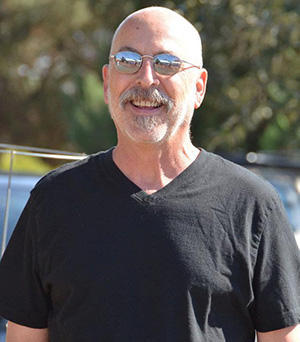 On top of great music to elevate the mood of your weekday mornings, Brian has artist interviews and live in-studio performances as well as hourly NPR news.
Here's what we know about Brian: Brian's musical career started many years ago not far from his current home in Petaluma. He played in bands throughout his young life performing all over Northern California. After a move to Los Angeles in the early 1980s, his focus shifted from onstage to in print. He became a music journalist writing for industry publications like HITS and BAM. This led to a chance to write and produce radio shows for some of the largest networks in the US. Being over L.A. in the mid-nineties, Brian returned to the North Bay and took a seat in front of the microphone. His easy repartee with artists shines through during KRCB's Morning Show each weekday. Recent visits include Steve Earle, Kenny Loggins, newcomer Jade Jackson, and local favorite David Luning. His love of music, both old and new, keeps the show fresh and informative. Tune in Monday thru Friday at 9 am.

Trevor Bahnson is a recent transplant to Sonoma County. He has been a member of the bay-area rock scene for over a decade with Whiskerman, and has worked in production in Los Angeles. Bahnson visited Studio A for the radio premiere of songs from his upcoming release “Anything Beautiful”. Currently,… 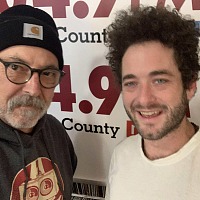 Cassandra Lewis is red hot right now. Her indie release “Always All Ways” is on the charts after being out for over a year. Her voice is an instrument to behold - described as Patsy Cline meets Janis Joplin. Lewis has already recorded her major label follow-up with producer Dave Cobb (Jason Isbell,… 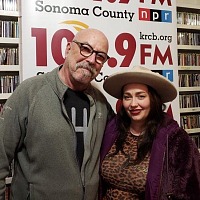 Folksinger John McCutcheon comes to Northern California most every January. The renowned artist has almost 50 years of traveling under his belt, although he has cut back on his touring schedule since the pandemic. We’re glad his schedule allowed him time to visit Studio A! 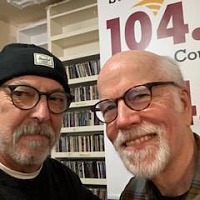 Our good friend David Luning came in to visit Studio A to fill us in on his recent doings and to talk about his annual shows at Hopmonk Sebastopol. 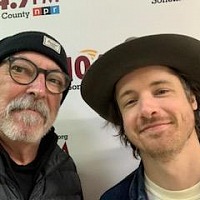 Andrea Von Kampen is a songwriter from Nebraska. She sings beautifully and is starring in her first film role. Filmed in Sicily, the movie “A Chance Encounter” is out tomorrow. She wrote the music for the film too. Listen to her chat with @brianontheradio. 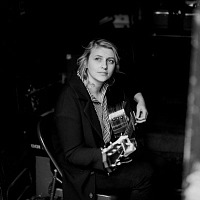 Nikki Lane is a firecracker. She says what she means and has zero f*%#s to give. Brian shares his story of their reunion and Nikki talks about working with Josh Homme of Queens of the Stone Age on the new release “Denim & Diamonds." 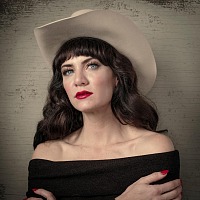 Loudon Wainwright III has been part of the soundtrack of our lives for fifty years. From “Dead Skunk” to his latest “Lifetime Achievement," his songs…

Julian Lage is an internationally recognized jazz guitarist. Born In Santa Rosa, Julian first became known through a short documentary when he was…

MUSIC NEWS: Amy Ray chats with Brian on her way to the airport (Aired: September 8, 2022)

Amy Ray was at the airport getting ready to fly to Sonoma County for tonight’s Indigo Girls show at the Green Music Center. She spoke with Brian…

Will Hoge is a rare breed in Nashville, a native. His new release “Wings on my Shoes” is full of stories about troubadours, Southern places, and…

Although based in L.A., Pi Jacobs grew up on a commune in Sonoma County. She is always a pleasure to host when she comes home for a show, or just to…

Some wonderful local musicians, Alison Harris and Lenkadu, are working to showcase women with their ‘In the Limelight’ series beginning Friday 9/2 in…

Kelsey Waldon is a student of classic country music. Her records pay homage to the great artists of the past, with a nod toward the future. Her new…

Longtime San Francisco resident Chuck Prophet came up to Studio A to chat with Brian and sing some songs. You can see him and his band each Sunday…

Amanda Shires has always enjoyed her visits to Studio A. We feed her and her band and give them rides to save on Uber bills. She has just released…

Michaela Anne has been a good friend of KRCB for many years. She always takes the steps to join us in studio A when she tours through California. Her…

Ukulele master Jake Shimabukuro spoke with Brian about his upcoming show @ Charles Krug winery, home schooling his kids during the pandemic, and…

Brian Griffith and Nellie McKay have been friends for almost 20 years. Although her schedule didn’t allow an in person visit this time, she has…

Brian had a lovely visit with Caitlin Jemma on Thursday!

After a couple of decades in San Francisco Sean Hayes moved his family to Petaluma. He and his band are headlining this weekend's Rivertown Revival…

The HawtThorns are one of California’s gifts to Nashville. Having left L.A. for Music City a couple of years ago, John and KP share stories and songs…

We got in touch with the talented bluegrass guitarist Molly Tuttle as she drove to Santa Rosa for her 7/12 show at the Luther Burbank Center. Molly,…

BJ Barham, the front man and songwriter for the Raleigh, NC band American Aquarium joined Brian this morning to talk about the new release…

We are big fans of Rickie Lee Jones. A few weekS BACK, Doug spoke with her about her new memoir “Last Chance Texaco.” This morning Brian chatted with…

Brennen Leigh has collaborated with a lot of artists who have become friends, many of them featured on KRCB. Noel McKay, Melissa Carper and most…

Ismay joined Brian for Morning Music. She performs at the SOMO Redwood Grove along with The Coffis Brothers tonight. (Photo by Giant Eye Photography)…

Nicki Bluhm has a new collection of tunes. “Avondale Drive” is the second album she’s put out since her move from the Bay Area to Nashville. She…

Mary Moore performed at Sunday’s Railroad Square Music Fest. An astute listener introduced her to Brian, who promptly invited her to Studio A. Music…

Local rockers Kingsborough stopped by Studio A to play some tunes and talk about their upcoming gigs at the Railroad Square Music Festival, and the…

Eilen Jewell joined Brian for Morning Music to promote her upcoming show at the Hopmonk in Sebastopol on Thursday, June 2nd.…