Next Time on The Thistle & Shamrock, Micheál Ó Domhnaill – Saturday at 11am 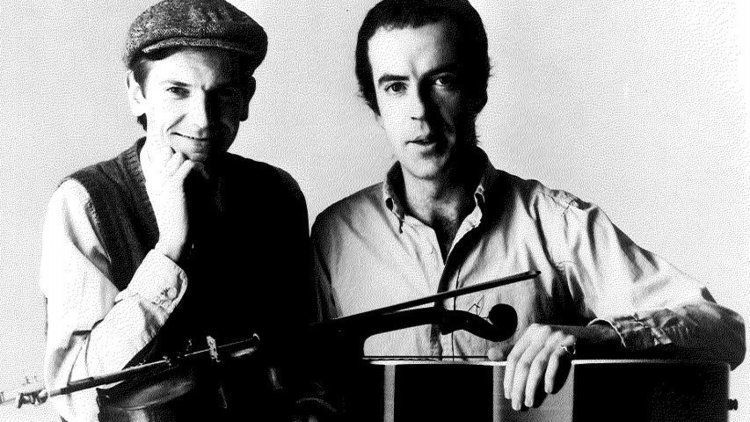 We remember one of Ireland’s most influential artists in the music he recorded and produced over three decades. Host Fiona Ritchie features legendary Celtic music groups: Skara Brae, The Bothy Band, Relativity and Nightnoise, along with other recordings featuring the guitarist, producer, compose and singer who contributed to over 100 albums. Hear how Micheál Ó Domhnaill (1951-2006) helped shape the sound of Celtic music on The Thistle & Shamrock.

The Thistle and Shamrock can be heard Saturday mornings at 11 am on KRCB-FM Radio 91 / streaming @ norcalpublicmedia.org / Listen on the go - download the FREE KRCB App from iTunes & Google Play!

(Photo: This week's show is a tribute to Mícheál Ó Domhnaill (right), seen here with Kevin Burke, whom he recorded with - Courtesy of Compass Records)

The Thistle and Shamrock