Sea of Light: A Blind Yachtsman's Voyage Across the Pacific 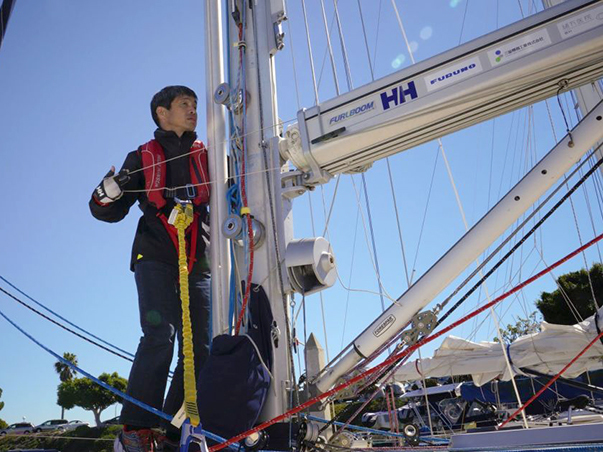 Wednesday, October 14 at 8 pm on KPJK TV in the South Bay. In April 2019, 52-year-old Mitsuhiro Iwamoto succeeded in crossing the Pacific Ocean in an uninterrupted voyage by sailboat. Sea of Light: A Blind Yachtsman’s Voyage Across the Pacific documents Iwamoto's spectacular achievement as the first blind person to make the brutal transpacific voyage, and the life experiences that led him there. With four cameras onboard their sailboat, Iwamoto and Japan-based businessman Douglas Smith, a novice yachtsman, documented their successful 55-day journey from San Diego, CA to Onahama Port in Fukushima Prefecture, Japan.