New Leash on Life: The K9s for Warriors Story 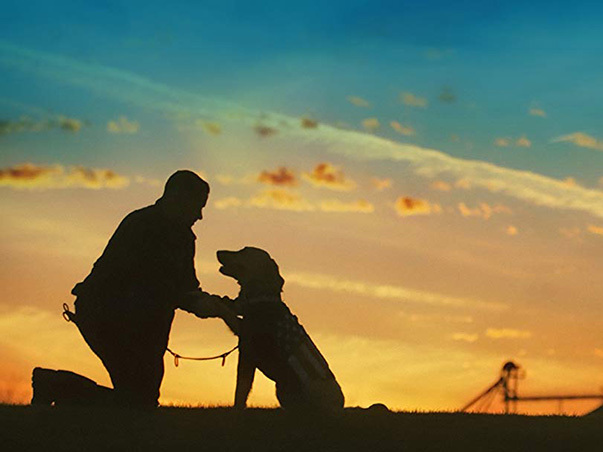 Monday, November 11 at 9 pm on KRCB TV in the North Bay. A New Leash on Life: The K9s for Warriors Story highlights the journeys of three United States veterans struggling to adapt to life back home. All three suffered from PTSD after returning from serving overseas, and each has found hope and new ways to handle their stress and emotional challenges through the aid of a companion dog. Throughout the documentary, Adam, Shilo, and Louis recount their years of service and discuss the PTSD symptoms they faced while trying to re-acclimate to civilian life. Like many veterans, they had trouble managing their flashbacks and hypervigilance, among other issues. Each ended up looking to K9s for Warriors for help. K9s for Warriors was founded in 2010 by Shari Duval who, at the time, was desperate to help her son Brett, a veteran suffering from PTSD and traumatic brain injury after serving two tours in Iraq. She stumbled upon a story about a service dog that had helped another veteran cope and that inspired her to start a service dog agency for vets. Shari's idea gave her son new purpose. Shari and Brett's organization pairs veterans with certified service canines. All the dogs are trained by Shari and her team and each dog is rescued from a shelter. They work with 10 to 12 veterans a month and the veterans go through a weeks-long orientation program where they learn training tools and bond with their new companions. Weaving together the story of Shari and her son's work with service dogs and the intimate experiences of three U.S. military members in the aftermath of their service, A New Leash on Life shows a unique way in which suffering veterans are mitigating symptoms and returning to a more regular life.