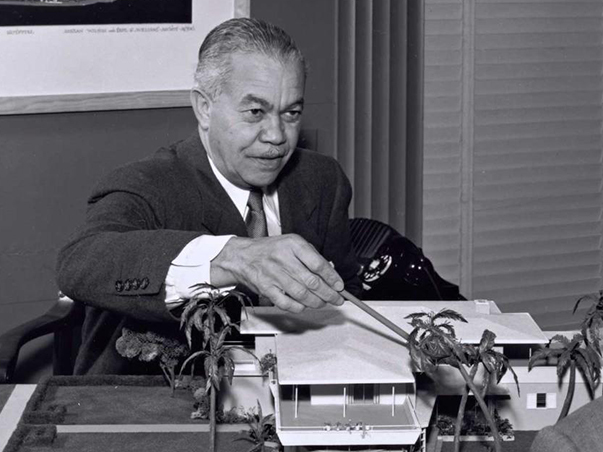 Monday, February 10 at 8 pm on KPJK TV in the South Bay. Nicknamed "Architect to the Stars," African American architect Paul R. Williams had a life story that could have been dreamed up by a Hollywood screenwriter. From the early 1920s until his retirement 50 years later, Williams was one of the most successful architects in the country. His list of residential clients included Frank Sinatra, Cary Grant, Barbara Stanwyck, William Holden, Lucille Ball, and Desi Arnaz. His name is associated with architectural icons like the Beverly Hills Hotel, the original MCA Headquarters Building, and LAX Airport. But at the height of his career Paul Williams wasn't always welcome in the restaurants and hotels he designed or the neighborhoods where he built homes because of his race. Hollywood's Architect: The Paul R. Williams Story explains how he used talent, determination, and even charm to defy the odds and create a body of work that can be found from coast to coast. Narrated by Emmy award-winning actor Courtney B. Vance.