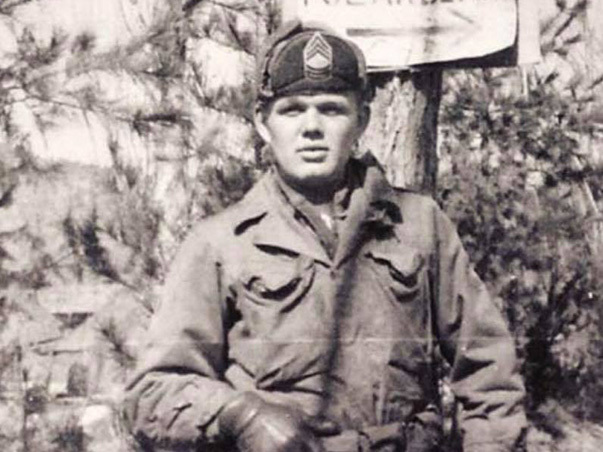 Wednesday, November 11 at 8 pm on KPJK TV in the South Bay. Narrated by Liev Schreiber, Grandpa's War Story Goes Viral shares the remarkable account of James Schmidt's World War II service and military career and his grandson Henry De Hoop's efforts to generate interest in his grandfather's war journey with the help of social media. Like 16 million others of his generation, Schmidt responded to the national call to duty following the bombing of Pearl Harbor in 1941. The twist: Schmidt enlisted at the age of 14 and left home without ever telling his parents. As a member of the 504th Parachute Infantry Regiment of the 82nd Airborne Division, he was sent to North Africa in late April of 1943. Schmidt's age was eventually revealed, and he was sent home after his wounding in the invasion of Sicily. Not to be deterred, Schmidt would serve stints in both the U.S. Navy and Merchant Marines before finally reaching 18 and officially rejoining the Army. Grandpa's War Story Goes Viral charts a story of service that began in a movie theater in 1942 where the film Parachute Battalion grabbed a boy's attention and ends in the jungles of Vietnam more than two decades later.