Why did KRCB need another signal?

The former KRCB FM Radio 91 signal covers a very small area, and only a portion of Sonoma County. KRCB FM listeners have made it clear over the decades that what they wanted most from KRCB was to expand the geographic reach and signal strength of the public media news and music service. Over the course of two years, NorCal Public Media conducted an exhaustive audience and engineering study to determine how to best expand the reach of the public radio service in Sonoma County. The study looked at the viability of HD radio partnerships and the concept of creating a string of small radio repeater signals on various channels up and down the 101 corridor, but in the end it was determined the best course of action was to purchase an existing radio channel that provided coverage to most of Sonoma County.

What will happen to the former KRCB 91.1 and the 90.9 Santa Rosa repeater?

NorCal Public Media will continue to broadcast the same radio programming on 91.1 and 90.9 that we will be presenting on 104.9 so the audience has a variety of tune in choices.

91.1 will now carry the identifying call letters of KRCG since the KRCB call letters have moved to the 104.9 signal.

What will happen to the K-Hits pop music service that was formerly on the 104.9 channel?

The K-Hits music programming has moved to the 107.9 frequency and can be heard and enjoyed on that channel.

Will there be any program changes to the KRCB radio schedule?

The radio schedule on KRCB will remain mostly the same with a few exceptions. The Midday Music program will expand from Noon – 3pm. Fresh Air with Terry Gross will move to 3pm. All Things Considered will start earlier in the day at 4pm. KRCB will be discontinuing World Café in order to make these changes and provide more local news and local music.

Will there be any changes in news coverage?

Listeners will discover a positive increase in the amount of Sonoma County news presented on KRCB. There will be more local news breaks within Morning Edition and All Things Considered. NorCal Public Media has expanded the news staff to provide more quantity and a higher quality of Sonoma County news.

How Can I Get Involved?

Well, you can listen and tell us how we’re doing! On our radio website, www.krcb.org, you’ll find a listener forum to give us your feedback. And if you like what we’re doing, we hope you’ll support us by clicking www.krcb.org/join 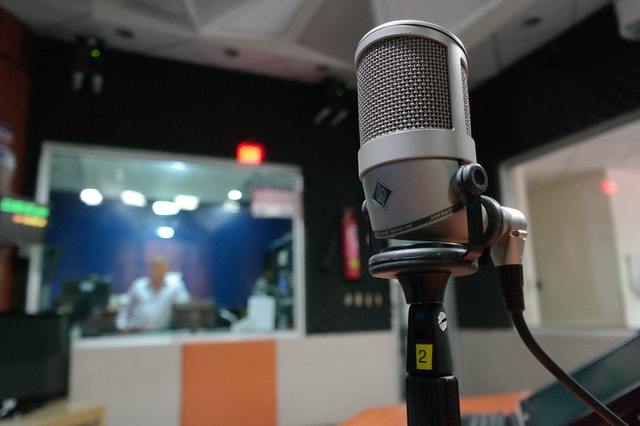 Northern California Public Media has agreed to buy a powerful local FM station to boost public broadcasting in Sonoma County. It has filed with the Federal Communications Commission to purchase KDHT-FM 104.9. Its signal reaches virtually all of Sonoma County plus northern Novato and western portions of Napa County.

Northern California Public Media has operated KRCB-FM on 91.1 FM since 1993. Its signal is difficult to hear in much of the county and could not be improved. “We’re pleased to be able to serve all of Sonoma County,” said Darren LaShelle, the nonprofit organization’s president and CEO. He continued, “This has been a goal of ours for a very long time. The stronger signal on 104.9 FM will feature more local news, NPR news, and locally hosted music shows.”

An online questionnaire is posted at www.norcalpublicmedia.org/survey.

Amaturo Sonoma Media Group is the seller. "While we're saddened to part with such a fine station, placing it in hands of our public broadcasting peers at such a crucial time softens the blow,” said Michael O'Shea, ASMG President. The company also owns four other local radio stations: KSRO, Froggy 92.9, 97.7 The River, and Hot 101.7, as well as NorthBay Biz magazine.

Northern California Public Media also owns KRCB-TV and KPJK-TV, both non-commercial channels. The organization has a national reputation for producing programs that focus on environmental issues through the Center for Environmental Reporting, including the regional Bay Area Bountiful initiative, the national TV series Natural Heroes and the New Environmentalists, as well as the award-winning NPR/NorCal podcast Living Downstream.

Both parties have filed the transaction with the FCC; approval is expected in 10-12 weeks. Terms were not announced.