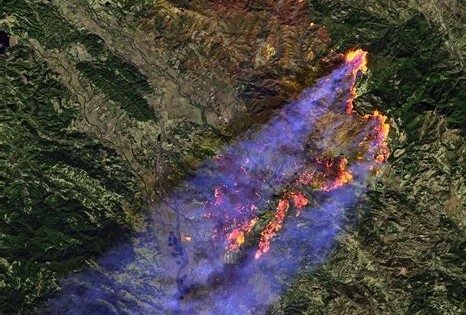 The company stands accused of recklessness, negligence, failure to maintain its equipment or comply with regulators over its role in the massive blaze.

According to Sonoma County District Attorney Jill Ravitch's office, CalFire traced the fire's start to equipment on a PG&E transmission line near The Geysers that failed in high winds, ultimately shooting molten metal into dry vegetation.

The fire ignited on the night of October 23rd 2019, sparking the evacuation of all residents of Geyserville, Healdsburg and Windsor. Ultimately, four people were hurt, including a firefighter who suffered severe injuries. The Kinca Fire destroyed 374 structures and damaged a further 60.

Ravitch's office says investigators interviewed dozens of additional witnesses in a follow up investigation, and obtained hundreds of thousands of pages of documents. Ravitch was unavailable for comment Tuesday.

PG&E says the utility committed no crime, and is disputing the charges.

An initial hearing is scheduled for April 20th at the Sonoma County Superior Court.