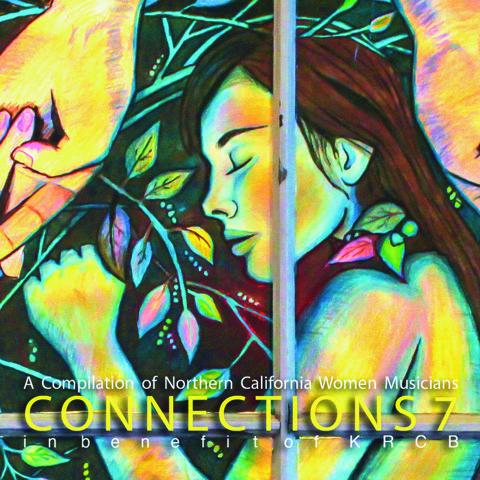 Welcome to our Fundraising CD for 2021, Connections 7.

As the Summer of 2021 was winding down, I came across a social media post from one of my musician friends, Alison Harris. Alison is a champion of equality for women in the Northern California music scene. While her post pointed out the disparity between women and men, she also encouraged us to "make it a point to feature, celebrate, collaborate with, and lift up women. -Doug Jayne

I accidentally started a huge conversation about the lack of visibility, opportunity and recognition of women in the music industry by sharing the pain of exclusion in a public online forum. 175 local women responded with 365 comments. Doug Jayne and I began to dialogue about it, and Connections 7 was born. Thanks KRCB and Doug for supporting local women and other marginalized groups in the music industry. Here's to more visible voices, may we all lean into uncomfortable moments of open communication and growth that lead to meaningful connection. -Alison Harris

Thanks to all the talented women who donated songs to this CD. Let the conversation continue!

Connections 7 is available with a donation to support KRCB 104.9 on our Donation Page. 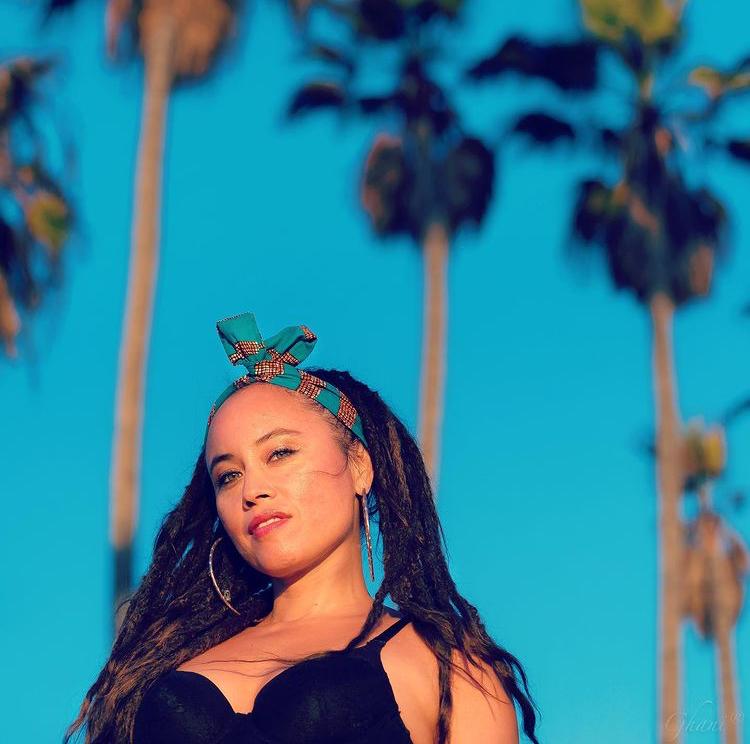 "New Day is a reminder to give thanks for each and every new day that we are blessed with. In these trying times, may we remember to infuse our days with gratitude, grace and the determination to make the most of each new day."
Song credits: written by S. Newman, produced + mixed by Tommi Tikkanen, mastered by Tim Boyce.
https://saritah.com/ 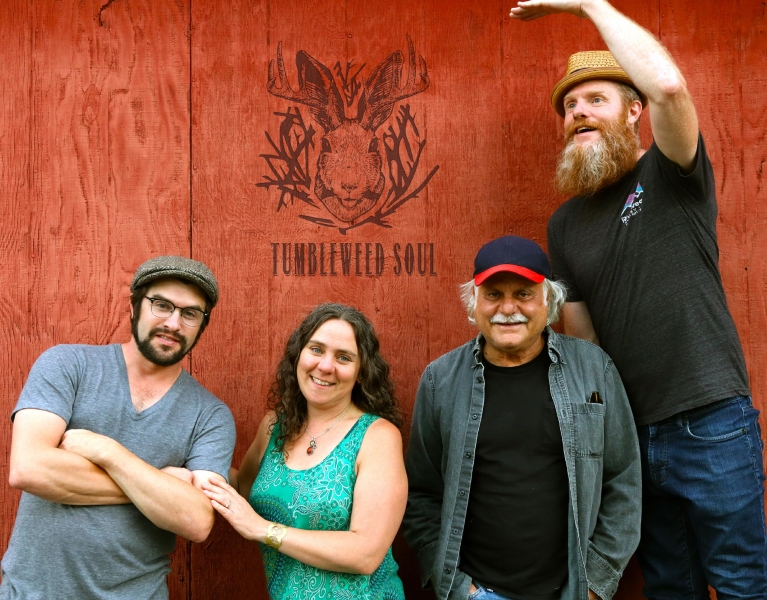 Tumbleweed Soul is an American Roots project based in the San Francisco North Bay, led by Stephanie Salva and Adam Walsh, best known for their role in the beloved North Bay band the Jug Dealers. With powerful harmonies and eclectic songwriting that is both familiar yet fresh, their growing catalog of original songs reflects their love of the deep city juke joints and country shacks where Americana was born. Jazz, Blues, R&B, Country, Funk, Soul, and Old Timey Traditionals all find a home at a Tumbleweed show. In 2019 the pair were joined by legendary drummer, Greg Anton (Zero) and Bay Area bassist, Mike Dipirro (Free Peoples). They are currently working on their first full length album at Prairie Sun Studios in Cotati California. 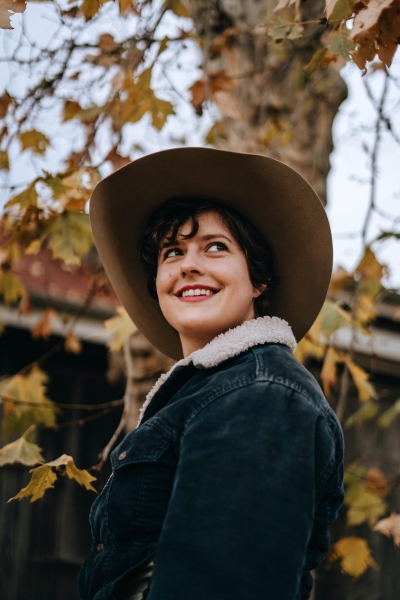 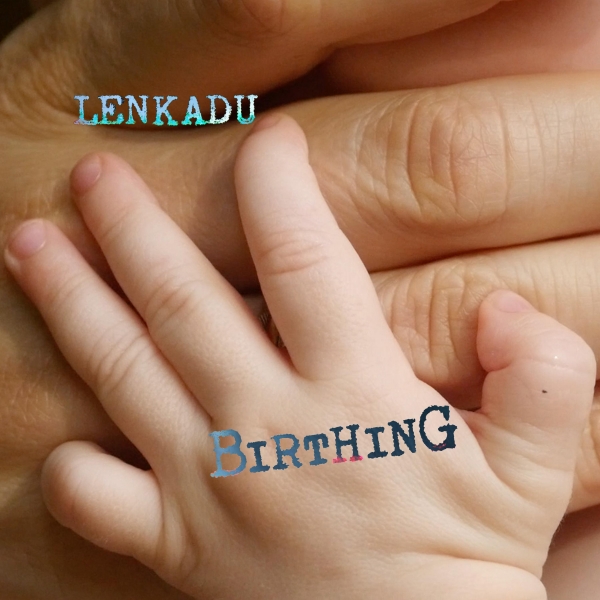 Lenkadu is an avant-garde electronic music producer and a performer from the Czech Republic, now based in Forestville, CA. The axis of Lenkadu music is her free voice, which she uses unconventionally as an instrument with a wide emotional imprint.
The Artist’s story behind ‘Birthing’:
I wrote this song from the experience of giving birth to our son. Birthing for me was a sublime participation in mother nature’s ingenious design for creating and protecting life. My mind and body worked in a unison, allowing me to relax as I was carried on the journey of life and filling me with confidence in my capacity to endure. 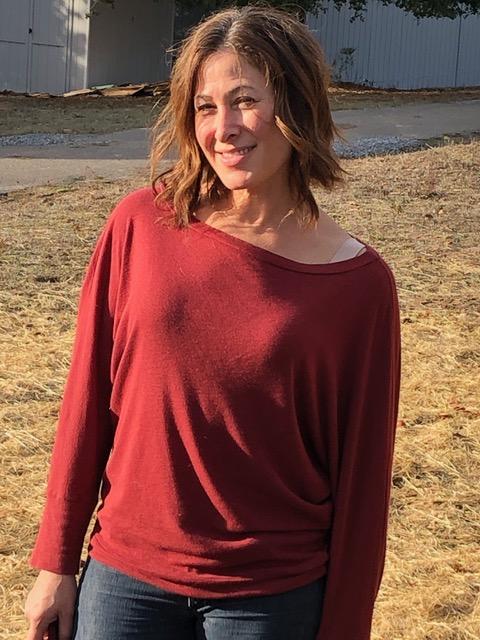 "I am really honored to be included in this compilation of fine Sonoma County female artists. Although I am not currently performing as a solo artist I am singing and dancing and making music everyday with my husband, Warren Mann, in our interactive early music education program - Mini Music. www.minimusictime.com Hopefully as our children get a little bit older, we will be out performing our "grown up" songs again."
-Ali Weiss
Song credits: Writers: Ali Weiss, Davey Faragher and Tonio K
Producers: Michael Urbano and Lyle Workman
Vocals: Ali Weiss and Davey Faragher
Guitar - Lyle Workman
Bass - Davey Faragher
Keyboard - Zac Rae
Drums - Michael Urbano

For more info please email This email address is being protected from spambots. You need JavaScript enabled to view it. 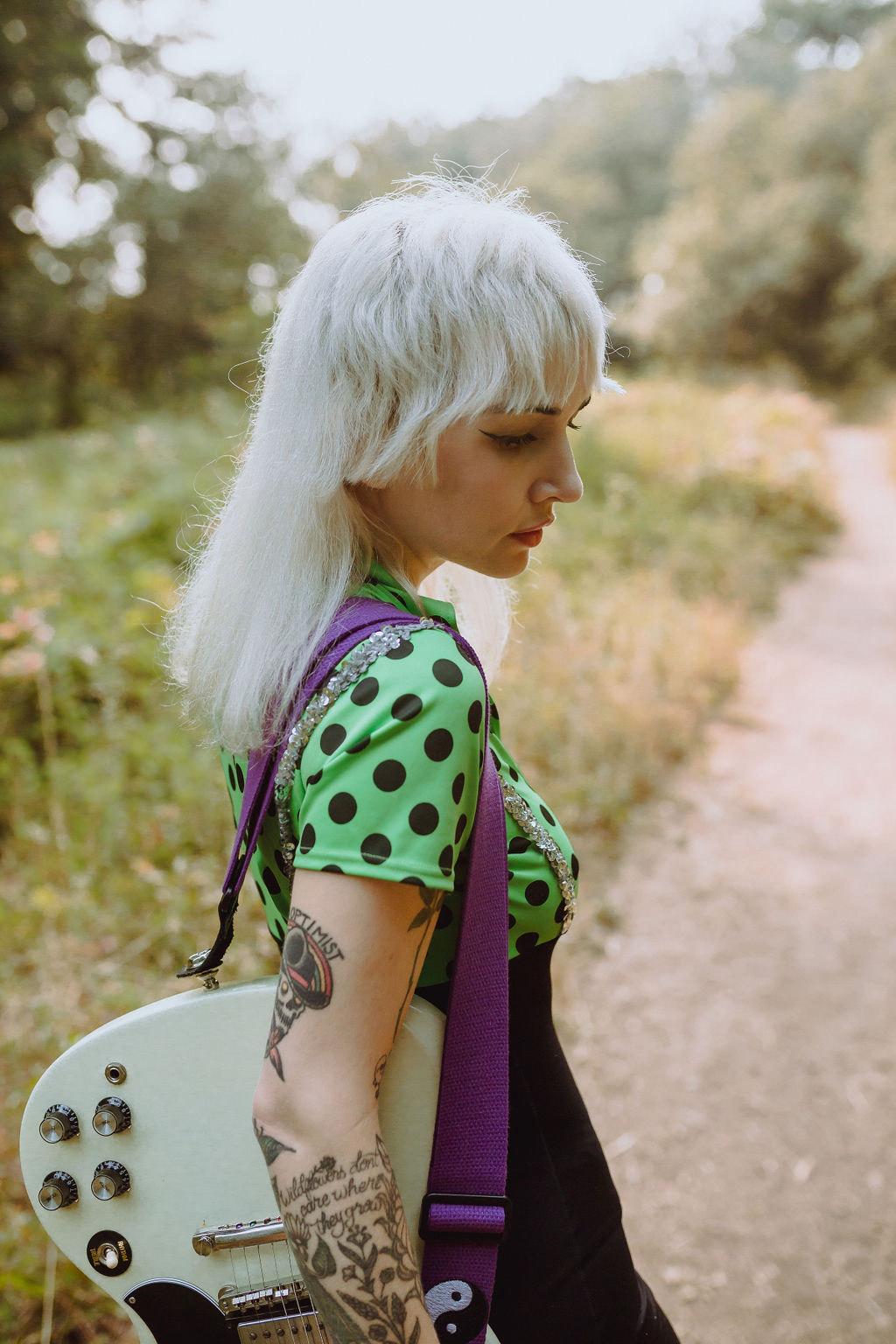 "I wrote this song about burning out and burning the candle at both ends moreover about if you don’t do the things you wanna be do and chase your dreams the weight of it all will crash down and you will be one big bummer of a person! so follow your heart!"
Song Credits:
Written by: Schlee
Guitar & Vocals: Schlee
Base 6 & Strat: John Courage
Mixed & Mastered by Stuart Markham
Background Vocals: Alison Harris
Drums: Dan Ford
Recorded & Produced by John Courage
www.schlee.tv 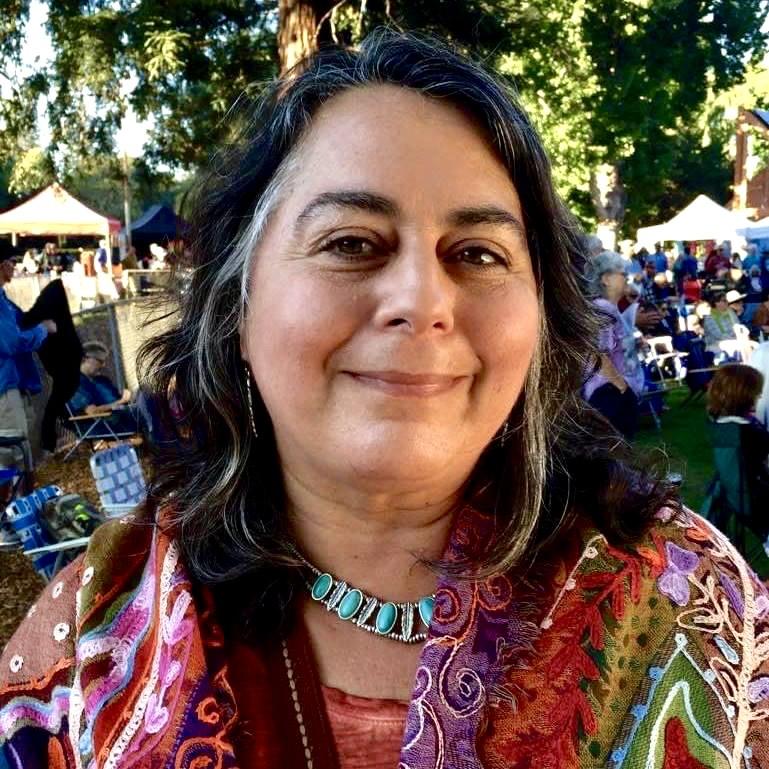 Folk songstress Rachel Tree has been performing throughout the Bay Area for the past 30 years. She has long believed in the healing power of the voice and her soulful performances are a testament to that belief. A fan once said that experiencing Rachel’s singing was like “witnessing a prayer”. Her diverse musical influences range from traditional folk, gospel and blues to North Indian classical and beyond. In 2014, she toured with the internationally renowned singing group, Kitka.

Her songs reflect her reverence for the natural world, her personal transformative journey and her deep desire for global peace and justice. She is also a trained music therapist who specializes in working with elders with Alzheimer’s. 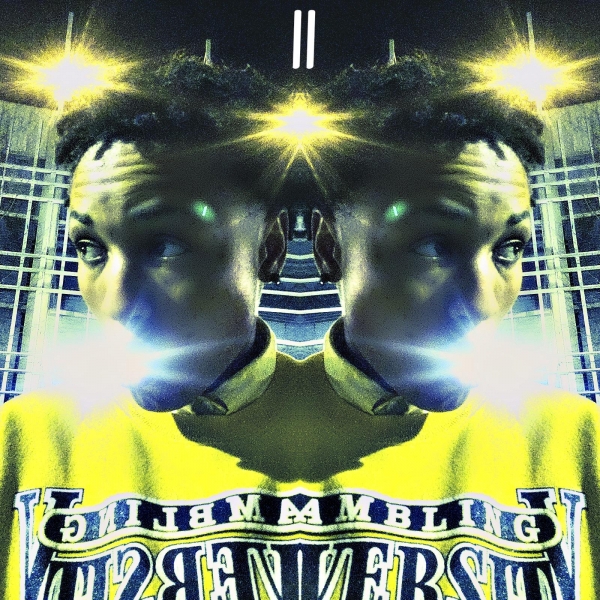 Kayatta is an American rapper, poet, producer and educator who grew up in the drug tattered streets of West Oakland. Over the years she has developed into an all around talent who is not only skilled on stage but extremely effective in the classroom. Recently crowned best Hip Hop artist in Sonoma Kayatta continues to push the envelope socially, creatively, and dutifully. Effortlessly fusing poetry with drums and bass to create sonic goodness that seethes with musical audacious honey. Imagine Mc Lyte meets Ladybug meets Tupac.

Currently residing in Petaluma California Kayatta has found her niche and has been able to create musical compositions that speak to the masses. Not only is she extremely gifted with words she has a keen sense to connect with the community in a way that is healing and spiritual. This approach has resulted in a faithful community of fans who understand and can relate to the art she is curating and delivering.
https://poemsandpaper.com/home#biography 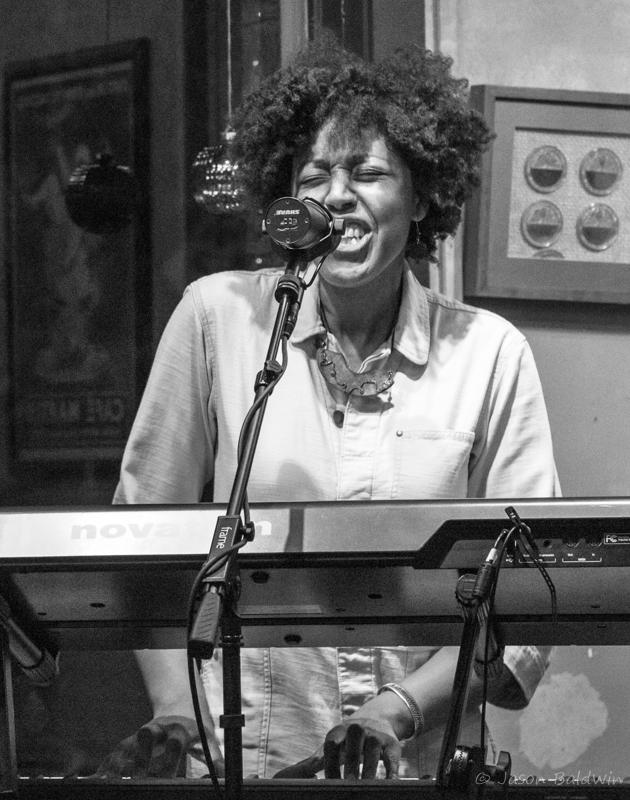 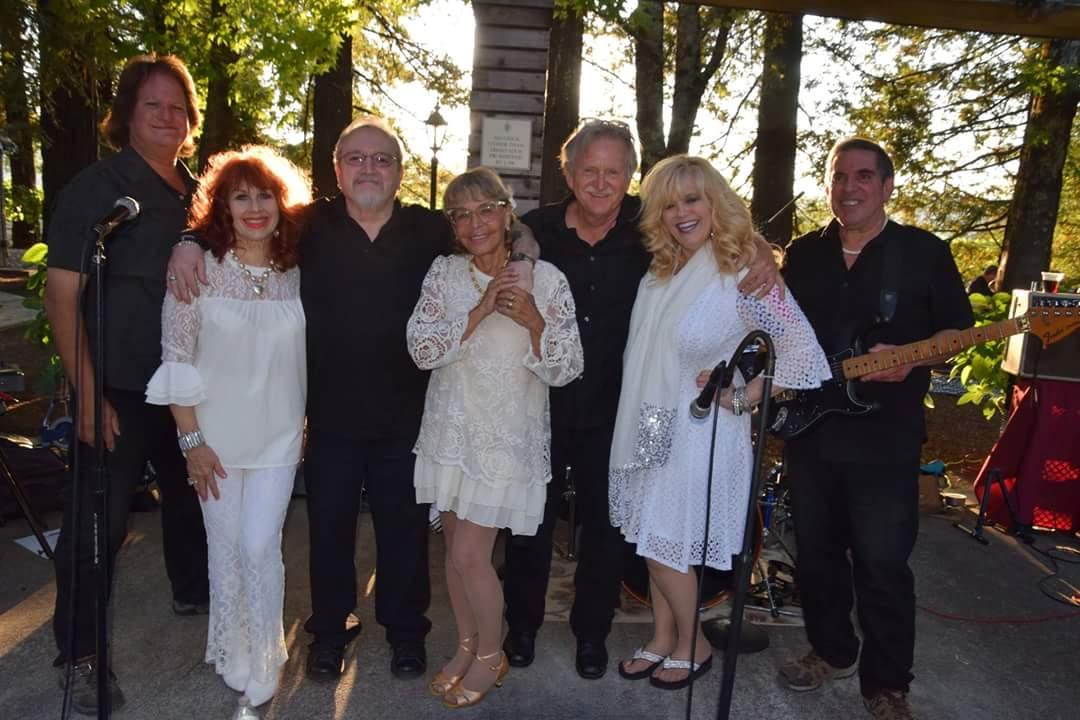 The Poyntlyss Sistars Show Band has been performing around the bay area for nearly forty years. Musicians and vocalists have occasionally left the band, only to return to this powerful, long-running show band that just won't quit. We often say that we will remain Poyntlyss and Proud to the bitter end...currently, there is no end in sight.
Song credits: Cathy Slack, our lovely, talented vocalist, sings the lead on this one, and is backed by:
lead guitarist, Davey Go,
drummer Scott Vonheim
bassist Taz Hollingsworth
keyboardist Bob McBain
vocalist / percussionist Sharon Jones
vocalist Jane Sorensen
recorded at "Musician's Co-op Studio on Piner Road, Santa Rosa. 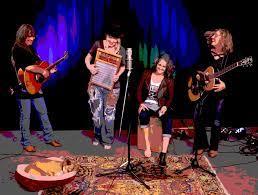 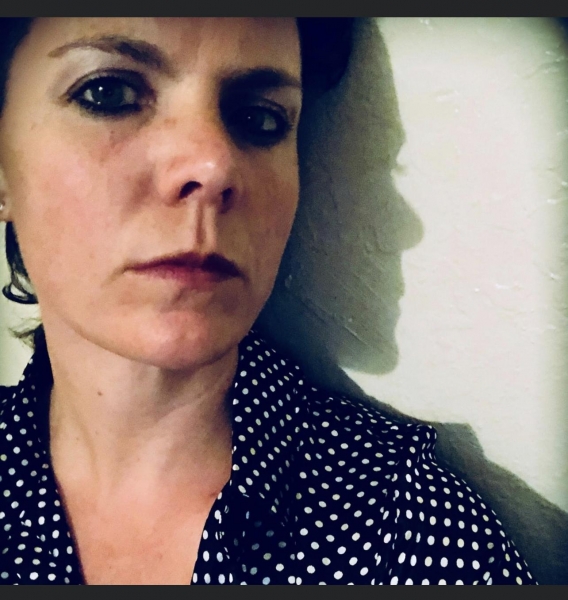 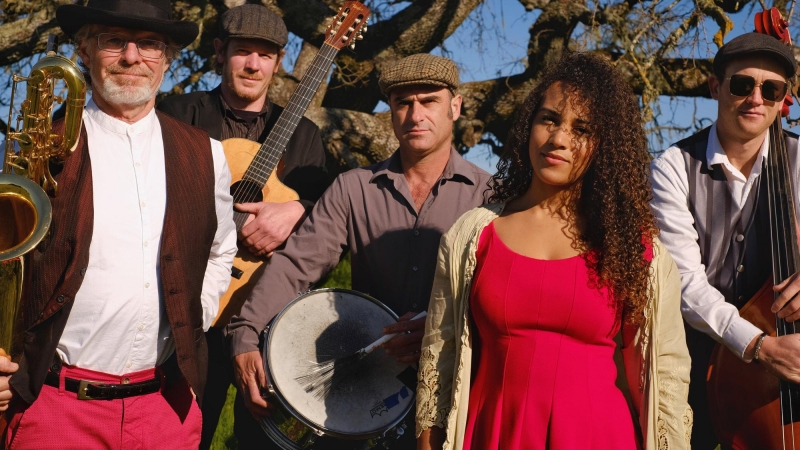 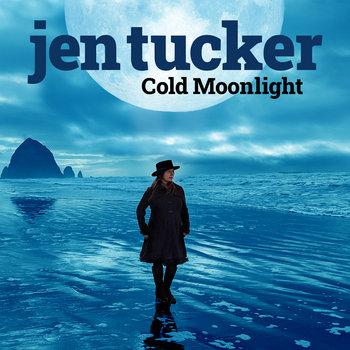 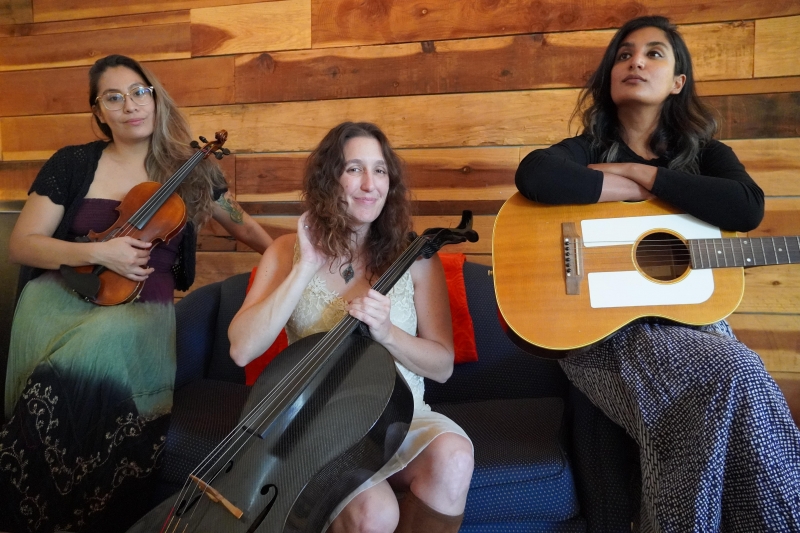 The Bad Luck Magpies are a female folk harmony group with a dose of irreverence and a whole lot of sweetness.
Inspired by a mutual love of old folk, new folk, bluegrass, and Celtic traditions, 3 singers from a variety of different bands have created an exciting new group that blends their beautiful voices and lush instrumentals.
https://www.badluckmagpies.com/ 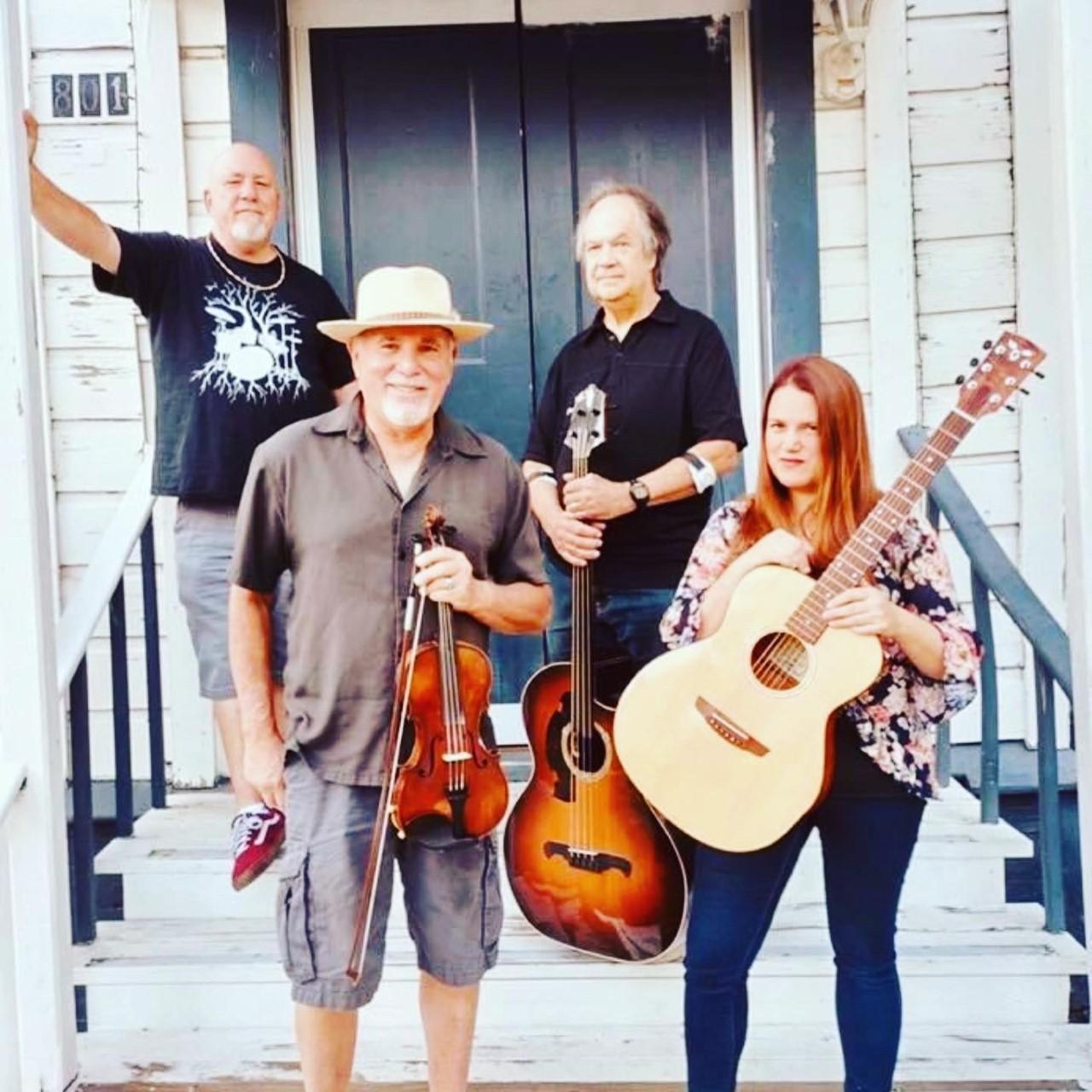 "I stand with the many woman musicians who have been pioneers for those of us continuing to release sounds that influence culture, express from a feminine point of view and bring beauty to the world around us! Bravo to KRCB for presenting this project to promote local women artists in our community!" 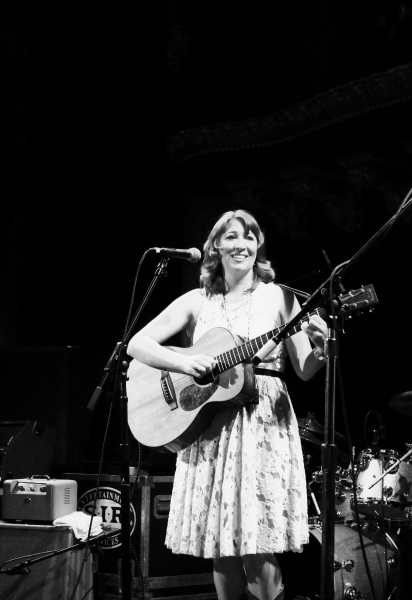 "I accidentally started a huge conversation about the lack of visibility, opportunity and recognition of women in the music industry by sharing the pain of exclusion in a public online forum. 175 local women responded with 365 comments. Doug Jayne and I began to dialogue about it, and Connections7 was born. Thanks KRCB and Doug for supporting local women and other marginalized groups in the music industry. Here’s to more visible voices, may we all lean into uncomfortable moments of open communication and growth that lead to meaningful connection."
Song credits: Performed and Arranged by Alison Harris
Mellotron by Pat Sansone (Wilco)
Written by Tim Bluhm
Co-produced by Tim Bluhm and Alison Harris
Engineered by Tim Bluhm
Mastered by Jim Demain
http://www.alisonsowls.com/ 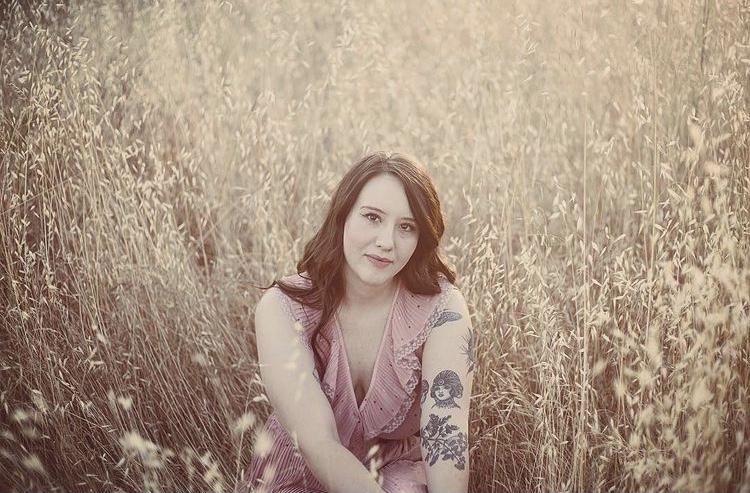