What is Behind Sonoma County's low Vaccination Rates? 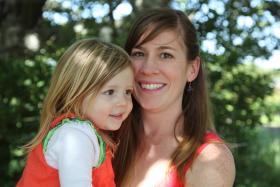 About a decade ago health officials declared an end to measles in the United States. But the disease is making resurgence due, in part, to a decline in vaccination rates. While scientific studies have repeatedly proven the safety and efficacy of vaccines, Sonoma County remains one of the places most at risk for outbreaks, with some of the highest rates of unvaccinated kids in the country. Within Sonoma County the highest rates cluster around Sebastopol where, says Lily Borgeson, there is intense community opposition to vaccines.

"I have learned that it's honestly not something to talk about with other moms," says Borgeson, mother to 3-year-old Mesa. "It feels like it's impossible to have a calm, productive conversation about it."

That concerns public health advocates, who almost universally support immunizations. Some feel it has been too easy in the past for parents to sign a form freeing them of the need to immunize their children prior to kindergarten. In January the state legislature passed a new law requiring parents to consult with a medical professional prior to turning in an exemption form. Health advocates hope that this will shift the debate's focus away from contentious online forums and toward more reliable sources of information.

"If [parents] still choose not to have their child immunized, that is their right," says Becky Raymond, school nurse for Sebastopol Union School District. "But I hope they’re doing it with a good understanding of the risks and the benefits. From a public health perspective, it’s a really positive move."