Kaiser Permanente is launching a large-scale genetic study of children on the autism spectrum and their parents, in hopes of unraveling the factors causing the disorder, and recent increases in the rate of diagnoses. 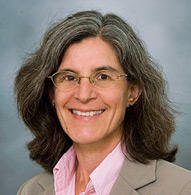 The new study, getting underway this summer, will collect genetic information from approximately 5000 individuals with autism, plus both their parents, Lead researcher, Dr. Lisa Croen, says the scale of this effort will enable them to seek correlations among the patient population being studied.

However, professor Lorna Catford, Director of the Collaborative Autism Training and Support (CATS) program at Sonoma State University (and wife of reporter Bruce Robinson), notes that numerous genetic links have already been identified, and may hold only part of the answer to the disorder's mysteries.