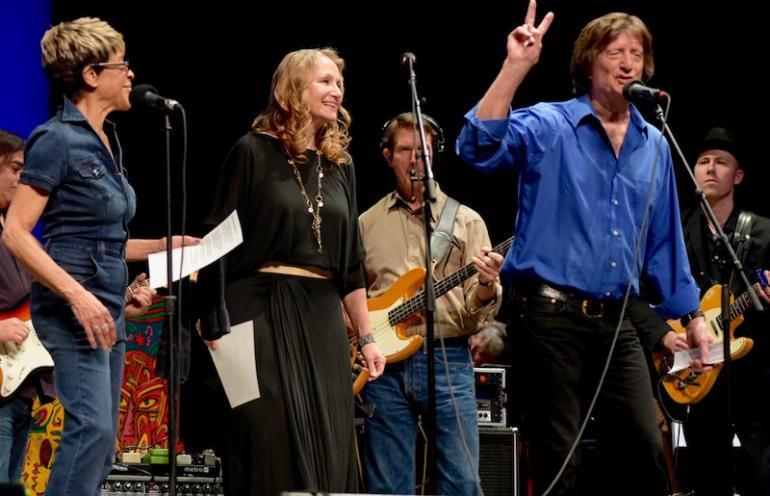 Performing songs from her TENTH ALBUM "THINGS HAVE CHANGED" FOR THE FIRST TIME! Her first album on a major label in nearly 30 years, legendary soul singer BETTYE LAVETTE takes on the songs of BOB DYLAN with the grit and experience that makes her one of the greatest living soul singers.

On Songs of Bob Dylan, Joan Osborne unleashes her sizable gifts as a vocalist and interpreter upon The Bard’s celebrated canon.

CALL ME LUCKY is the new record from Chris Smither and is his first set of brand new originals in six years (release date: March 2018 on Signature Sounds/Mighty Albert).

Chicago guitarist, vocalist and songwriter Nick Moss is a bona fide bluesman down to his soul, a 30-year veteran of the city’s take-no-prisoners blues scene. Moss paid his dues gigging in Chicago’s rough and tumble West and South side blues clubs under the tutelage of some of the city’s greatest blues luminaries.

You can hear Mountain Stage every Saturday at 12:00 pm noon on KRCB-FM Radio 91!