As irrigation of treated wastewater moves into more urban areas, it increases the risk of human exposure and runoff into sensitive waterways.

Brenda AdelmanMost of the sewage processed by Santa Rosa's regional water treatment facility comes from urban users, but until late last year, the discharge of the plant's output was concentrated on outlying pasturelands. Guerneville resident Brenda Adelman, who heads the Russian River Watershed Protection Committee, says that a new pilot project is bringing some of that "reclaimed" water back within the city limits.

Purple pipes indicate they are carrying reclaimed waterIf most of the nearby residents of west Santa Rosa are unaware of the new wastewater irrigation program going on around them, Adelman says there's not much that would let them know about it.

Irrigating empty fields allows the water to percolate through the soil. But when it is sprayed onto an urbanized "hardscape," the water quickly becomes runoff that flows into storm drains, then creeks and waterways. But before it gets there, says Adelman, that water collects undesirable nutrients that it carries along, too. 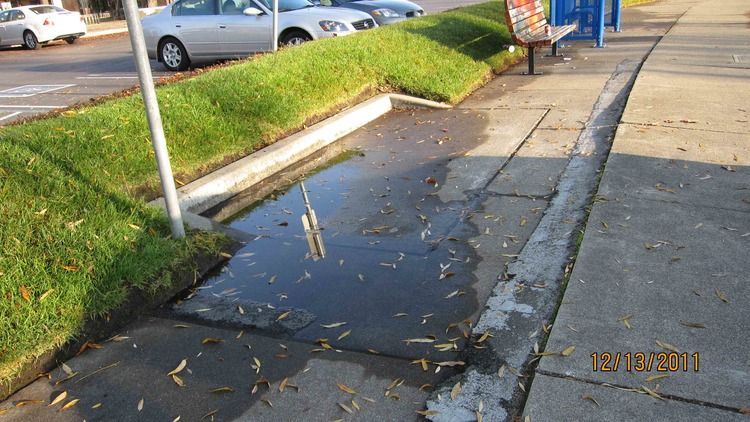