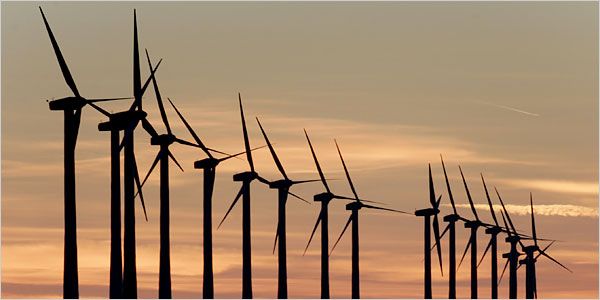 Legislation to commit California’s utilities to a higher standard for developing and using renewable energy is heading for a final decision in Sacramento. 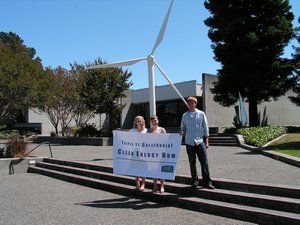 Glynnis Hokenson,  Kate Goltermann and Bret Fanshaw (l-r) from the  Environment California Research and Policy Center in Sacramento,  brought the white wind turbine mock-up to the steps of Santa Rosa City Hall last week to call attention to their campaign in support of the "Triple It" bill to increase California's requirements for new, renewable energy sources. 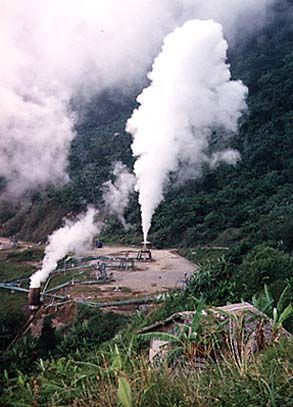 Go here to read an analysis of SB 14 by the Consumer Federation of California.

Both bills are also being supported by the California League of Conservation Voters.