Recording Nature in the Tetons

You have to get up pretty early to capture the pure sounds of nature… and get a long way away from the rest of the noisy human race.

Gina Farr of Wild Sound Stories in Marin County finds a poignant significance in these recent recordings, because the changes they document tell a story of losses that will not be recovered.

This is one of her summer 2009 recordings of birds in the Grand Tetons of northwest Wyoming: 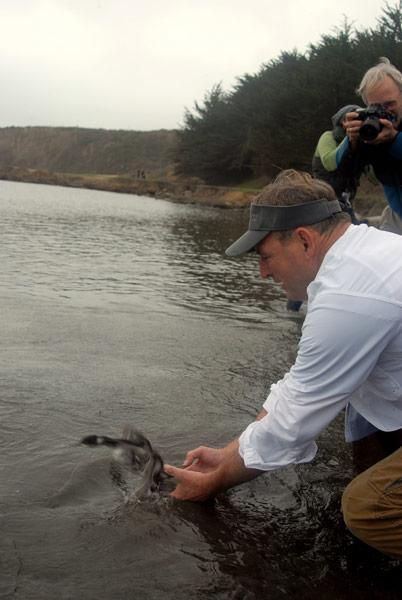 Tom Rusert, an avid birdwatcher and the volunteer director of Sonoma Birding, joined in the June workshop to see firsthand how the sounds now increasing featured in birding guides were being collected.

Hundreds of shorebirds were covered in oil after the Cosco Busan oil spill in the San Francisco Bay. Many died, but some were saved. Here, International Bird Rescue Association volunteer Tom Rusert releases one of the very first stricken shorebirds back into the wild after being cleaned.