There’s one simple thing an individual can do to greatly reduce their carbon footprint:  eat less meat.

Another current trend in the efforts to counter industrial agriculture is grass fed beef and cage free poultry. That may result in healthier and tastier animals, but Hope Bohanec (right)  is not persuaded that it’s a practical response to the need to feed the planet. 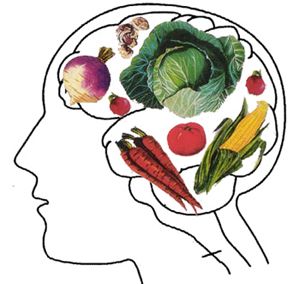 Beyond reducing the creation of greenhouse gases, Bohanec can envision a scenario in which land now devoted to animal husbandry in one form or another could be converted back to oxygen-generating forests.

The following links will take you to the studies referenced by Bohanec in the report above:

United Nation's Food and Agriculture Committee 2006 study Livestock's Long
Shadow.
University of Chicago report comparing switching to vegan diet with switching to a hybrid car.
Carnegie Mellon University found that the average American would do more for
the planet by going vegetarian one day per week than by switching to a
completely local diet. 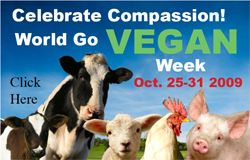 Hope Bohanec  has been active in Animal Rights for over 20 years, organizing successful campaigns with Sonoma People for Animal Rights (SPAR) throughout the '90s. In 2002, she founded Vegan Voices, focusing on education and outreach for farm animals. Hope was the Sonoma County Coordinator for Proposition 2 and soon after that victory, fused Vegan Voices into the new Farm Animal Protection Project (FAPP). She has now offered her organizational talents to In Defense of Animals (IDA) as their Grassroots Campaigns Director, One of their projects, World Go Vegan week is later this month, Oct. 25-31.