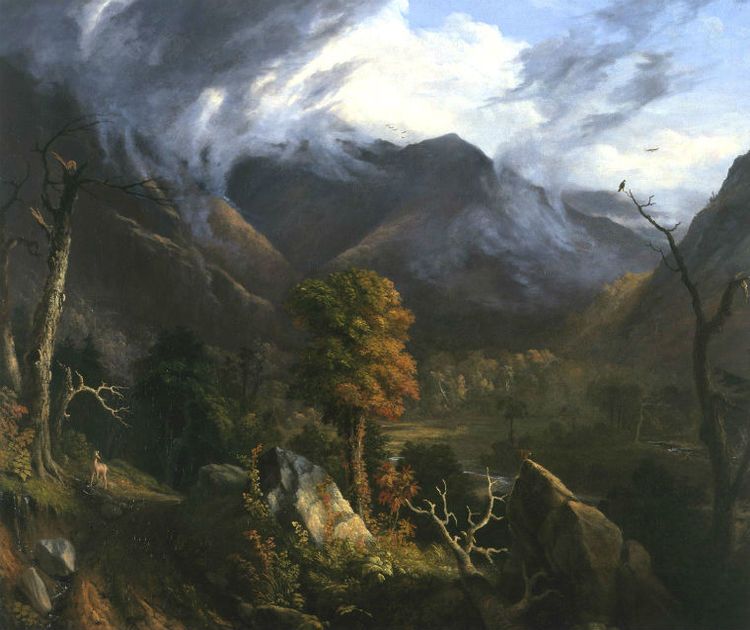 Thomas Cole's 1827 oil painting, Peace at Sunset (Evening in the White Mountains) currently on display at the Sonoma County Museum, is a featured compliment to the touring ehxhibit there, "Wild Land: Thomas Cole and the Birth of American Landscape Painting," which was produced by the National Endowment for the Humanities. Cole's rare masterpiece is on loan from San Francisco's De Young Museums (Image courtesy Sonoma County Museum). 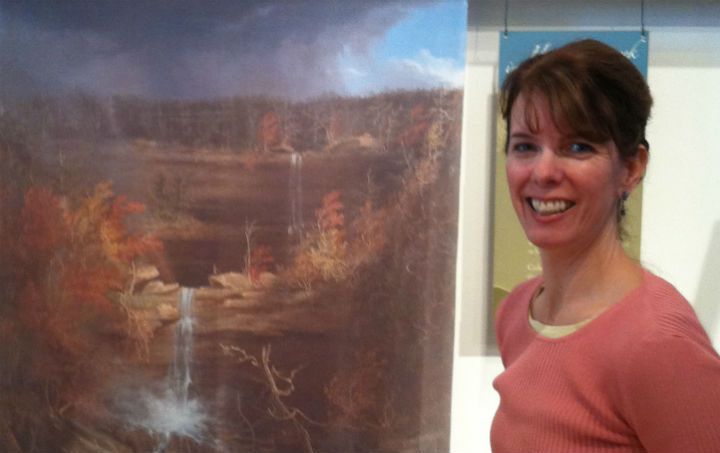 Cynthia Conway, with a reproduction of one of Thomas Cole’s most famous works, Double Waterfall—Kaaterskills Falls, that is part of the current exhibition. (KRCB photo)One reason that Cole's work proved so influential, explains Cynthia Conway, the Museum's Curator of Education, was because it was such a contrast to the prevailing styles of his day.

Cole's fame might have been greater, but in 1848 he died unexpectedly at the age of just 47. The Thomas Cole exhibits at the Sonoma County Museum continue through January 13. 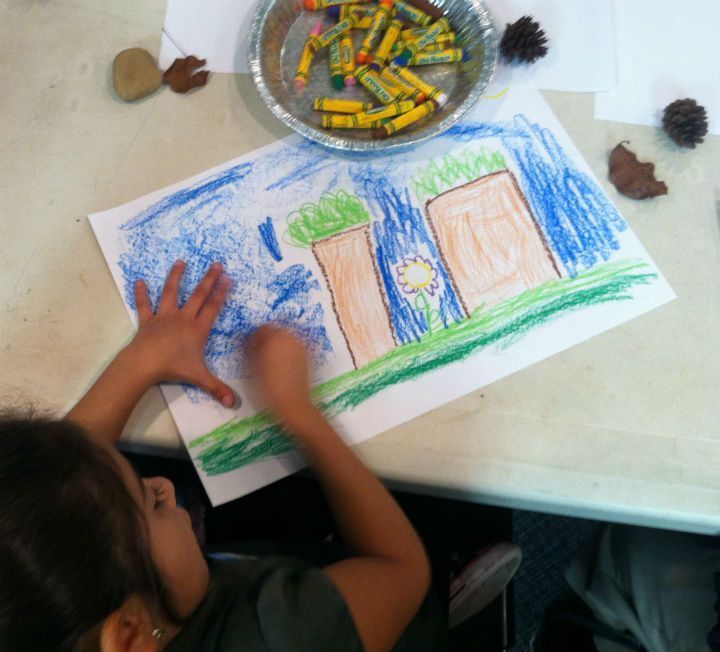 A young artist from Luther Burbank School takes inspiration from the Cole exhibit in creating a colorful landscape of her own. (KRCB photo)