A new building on a historic old farm west of Santa Rosa is home to the long-planned Laguna Environmental Center, which officially opens tomorrow.

For most of the past five years, the Laguna de Santa Rosa Foundation has been focused on building their new home, at the corner of Sanford and Occidental Roads. With the offices, and now the learning center, completed, Executive Director David Bannister says they can now devote more energy to educational efforts, including raising general public awareness of the Laguna itself. 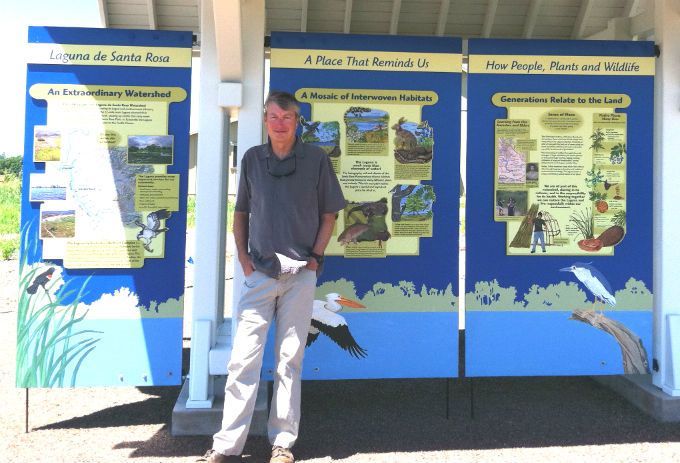 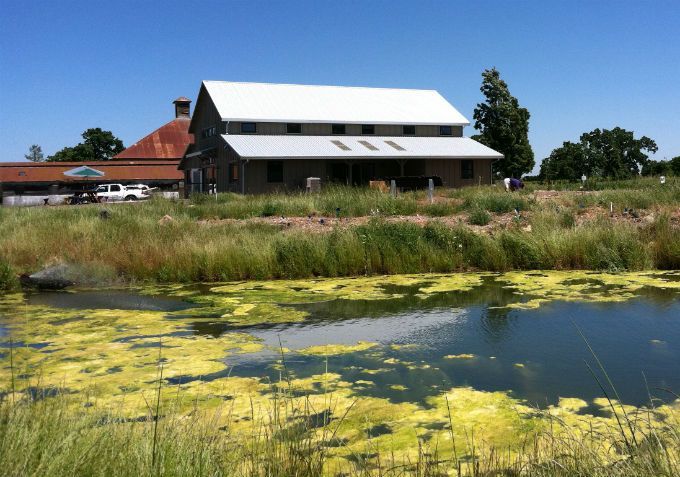 The Great Blue Heron Hall is the central feature of the new Education Center, seen her from the side, across the pond, from the viewing platform at the back of the Foundation's home on the historic Stone Farm west of Santa RosaBecause the new Environmental education center is situated at the edge of the Laguna itself, Bannister says it can use that location to offer lessons that vary with the seasons.