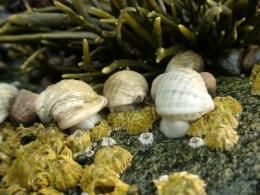 A complex interaction between native crabs and oysters and invasive Atlantic snails (seen at right)  is playing out beneath the waters of Tomales Bay. 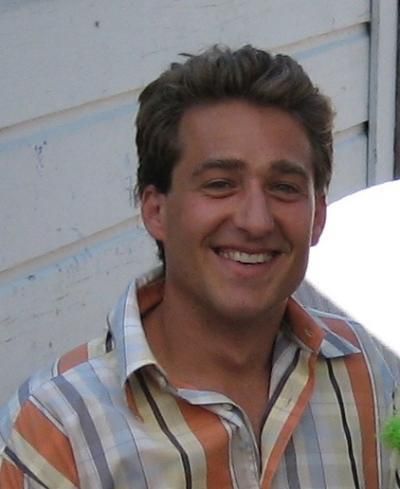 Dr. David Kimbro has studied the predatory effects of invasive Atlantic snails on native Olympia oysters in Tomales Bay. He explains how they arrived there more than a century ago.

There also are native Pacific snails in Tomales Bay, but unlike their invasive (or as scientists say "introduced") Atlantic cousins (right), the local snails have learned how to safely coexist with the snail-eating red rock crabs (below). UC Davis biologist Ted Grosholtz explains. 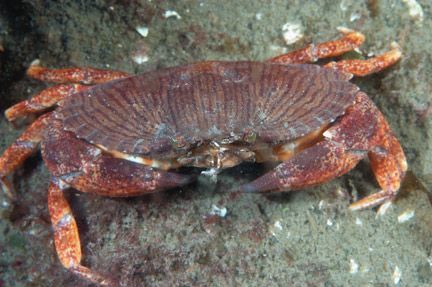 The smaller, green European crab, another introduced species in Tomales Bay, can handle the less salty water in the shallow portions of the bay, but because they will eat a wider variety of foods, these crabs have not developed the same skills for preying on snails that the red rock crabs display.