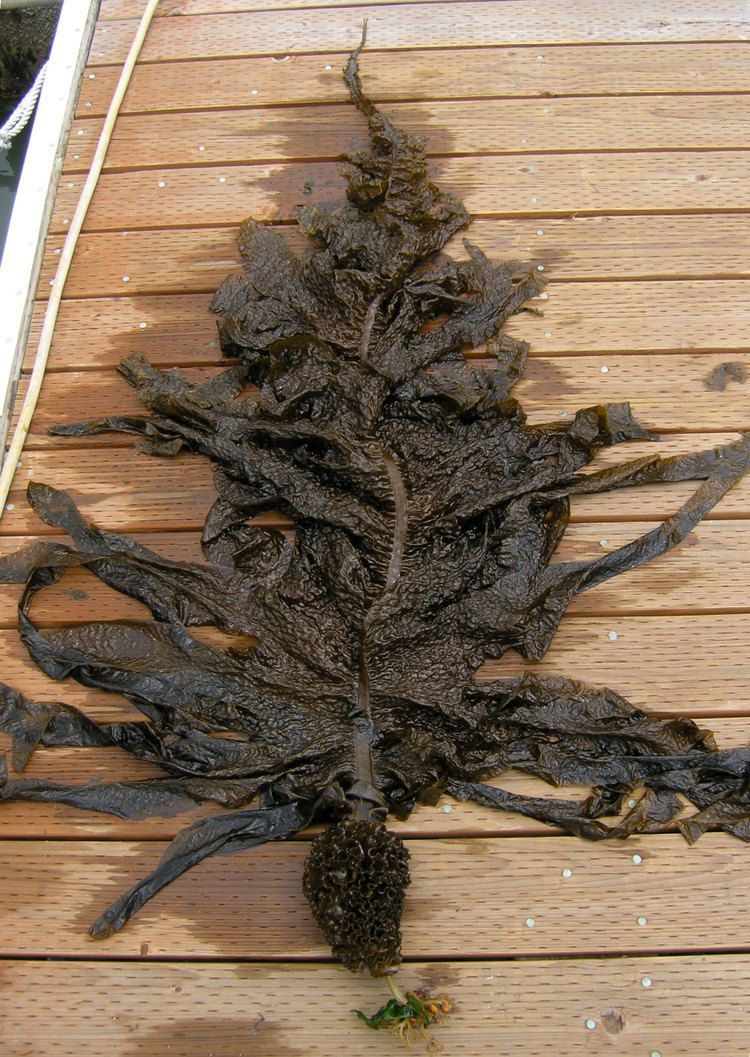 Not all invasive plant species spread on land. A fast-growing and rapidly reproducing oriental kelp has been found in San Francisco Bay, and could threaten the commercial oyster beds in Tomales. 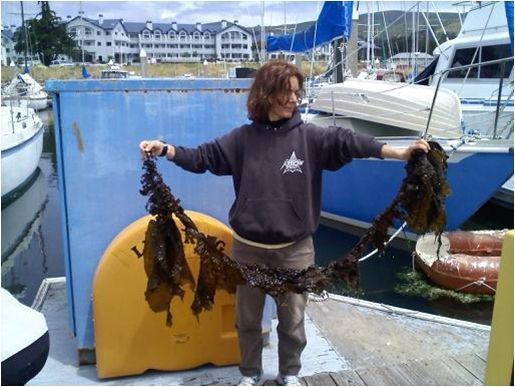 Dr. Chela Zabin, contemplating one sample of the 900-plus pounds of kelp she and her colleagues eliminated over the last two years. Above: Undaria pinnatifida, grown to maturity.        (All images, credit: SERC)When the invasive kelp species, undaria pinnatifida, was first spotted in San Francisco Bay in 2009, having apparently migrated up from southern California, an immediate survey was done to ascertain if it had also spread any further north. The results then were negative, says Smithsonian Environmental Research Center (SERC) marine ecologist Chela Zabin, but subsequent monitoring has been less thorough. 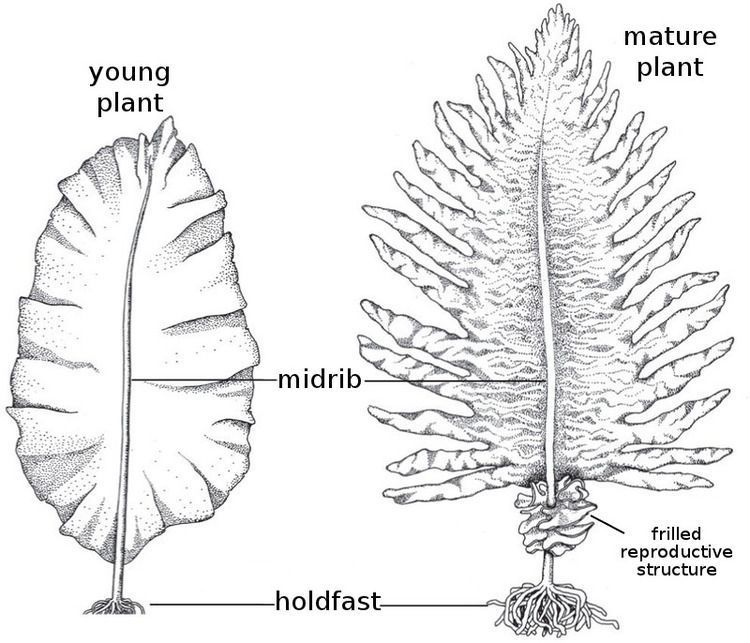 There are clear, readily apparent differences between the native kelp of the north coast's submarine "forests" and the oriental invader, as can be seen in these comparative drawings. But Zabin explains, the undaria is similar enough to compete successfully for two important resources.

More information about recognizing and combating undaria pinnatifida can be found here.