How many more residents can the environment of United States support? That question hasn't been comprehensively studied, but there's a group that says that it should be.

Phil CafaroThe idea of a national study of the environmental impacts of population growth through immigration is not new, notes Phil Cafaro, president of Progressives for Immigration Reform and a Philosophy professor at Colorado State University. He's hoping that it's time is finally arriving. 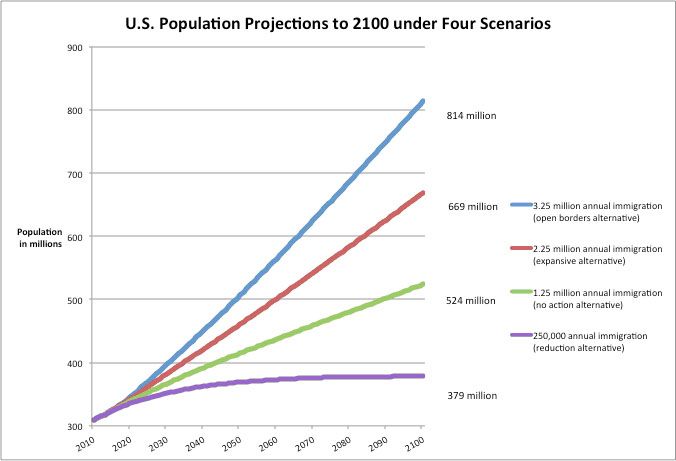 It should be noted that there are those, including some respected civil rights organizations, who skeptically view Cafaro's organization as a front for deceptive political efforts to "greenwash" immigration politics.

The graph on the left, prepared by Cafaro, shows projected US population gains through the end of this century under four quite different immigration ceilings.

The two components of population growth are immigration and fertility, Cafaro, says, and in the United States' recent past, the two have been compounding.