If turkey was served at the first Thanksgiving--which is historically doubtful--it might have been much like one of the organic heritage turkeys now being raised in a few places here in Sonoma County. 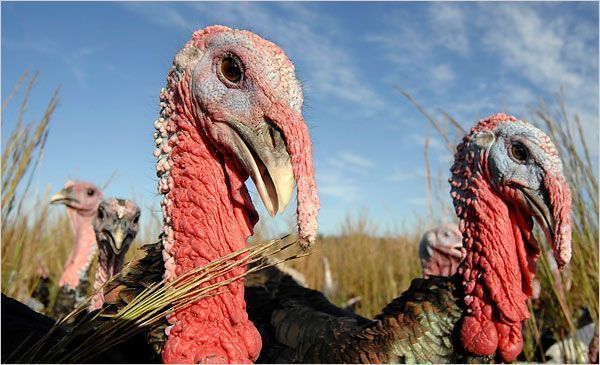 There are about a dozen turkey species recognized as "heritage" breeds, most of them still hovering close to extinction. Raising them commercially, even on a small scale, not only keeps these rare varities viable, Paul Dolcini says it also produces a gourmet entrée. 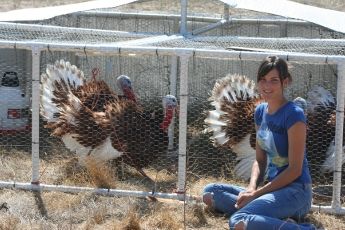 Isabella Dolcini is helping raise heritage turkeys on the family farm as part of a 4-H project. The movable pens are made of PVC pipe covered with chicken wire. Moving them daily helps protect the birds from predators, who are unable to burrow under the constantly moving barriers.

Benjamin Franklin was an admirer of the North American wild turkey, and once wrote:

"...  For in truth, the turkey is in comparison a much more respectable bird, and withal a true original native of America. Eagles have been found in all countries, but the turkey was peculiar to ours; the first of the species seen in Europe, being brought to France by the Jesuits from Canada, and served up at the wedding table of Charles the Ninth. He is, besides, (though a little vain and silly, it is true, but not the worse emblem for that,) a bird of courage, and would not hesitate to attack a grenadier of the British guards, who should presume to invade his farmyard with a red coat on."