Geothermal Power at The Geysers

How about using the heat from the Earth’s core to power your home? Guess what: you already are. Solar, wind and water power are the big three natural and sustainable sources for electric power, but the North Bay also benefits from a fourth—geothermal energy. 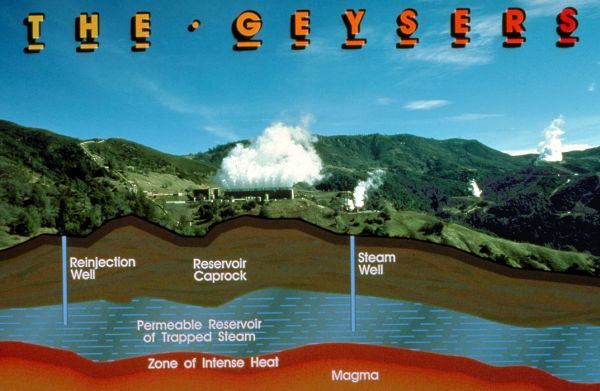 The geological conditions that allow access to geothermal heat and steam are scattered in just a few areas around the world, almost always where the subterranean slabs of planetary rock known as tectonic plates are moving against each other. Bruce Carlsen, Calpine’s Director of Environmental Health and Safety at The Geysers, explains the underlying forces.

The same conditions often create numerous hot springs and can be a source of seismic activity—as is also the case in the North Bay. But while earthquakes can alter the flows that feed hot springs, Carlsen explains that the deeper strata that feed geothermal steam fields are not affected. 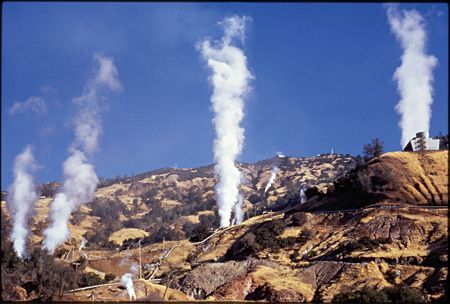 The Geysers is by far the biggest geothermal generating facility in California, but Carlsen says there are some other locations that could be developed to make a smaller contribution to the state’s energy needs.

Bruce Carlsen talks about geothermal energy in Sonoma County at an informal potluck gathering at the Glaser Center in Santa Rosa on Aug. 31, 5:30-7:30 p,m, co-hosted by the Climate Protection Campaign.