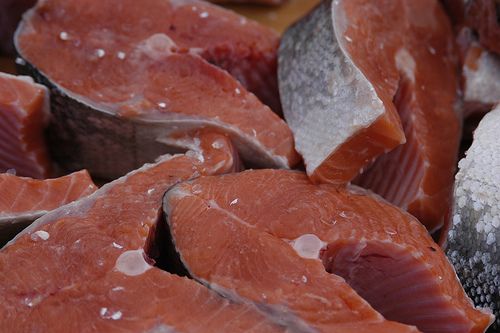 Fast-growing genetically engineered salmon could reduce food prices and ease pressure on wild fish. But are they safe for humans and the environment?

Allison Van EenennaamAquaBounty Technologies, the company behind the fast growing AquAdvantage Salmon, has sought regulatory approval since the early 1990s. After addressing the most serious safety and environmental concerns, the approval process is still stalled, causing some scientists such as Alison Van Eenennaam, University of California, Davis, to worry that the process has been driven more by politics than science.

The genetically modified AguaAdvantage salmon (at rear) grows far bigger in the same time than the natural Chinook in the foregroundRobert Streiffer, a professor of bioethcis at the University of Wisconsin, expresses some of his concerns about the AquAdvantage salmon, saying that safety compliance is hard to enforce and that, while inland aquaculture might be a good idea, genetic engineering is not best for the animal.