The Redwood Empire Food Bank has seen their client base grow by 40% over the past two years, and has added some innovative new ways to serve them. 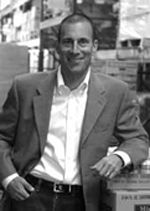 The “3  Squares” meals are now being offered in three flavors: Black Bean Chili, Pasta with Marinara Sauce, and  Spanish Rice. They were deliberately made not to be microwavable, Goodman adds, but to reinforce the idea of dinner as an event for the family to share.