The formerly endangered California Brown Pelican appears to be facing some new challenges this winter, as hundreds of the birds have been taken to bird rescue facilities from here to Long Beach. 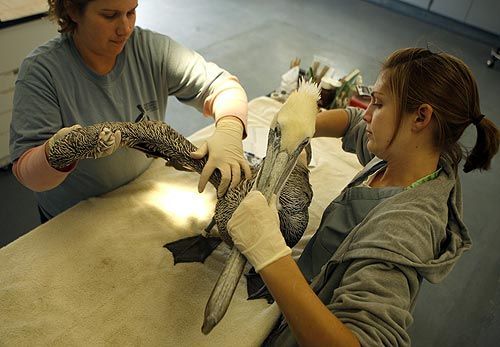 Paul Kelway, a spokesman for the International Bird Rescue Research Center, says that after several days of feeding and cleaning, many of the bedraggled birds have been successful released into the wild again.

The IBRRC website maintains updated counts of the pelicans that have successfully been treated and released. 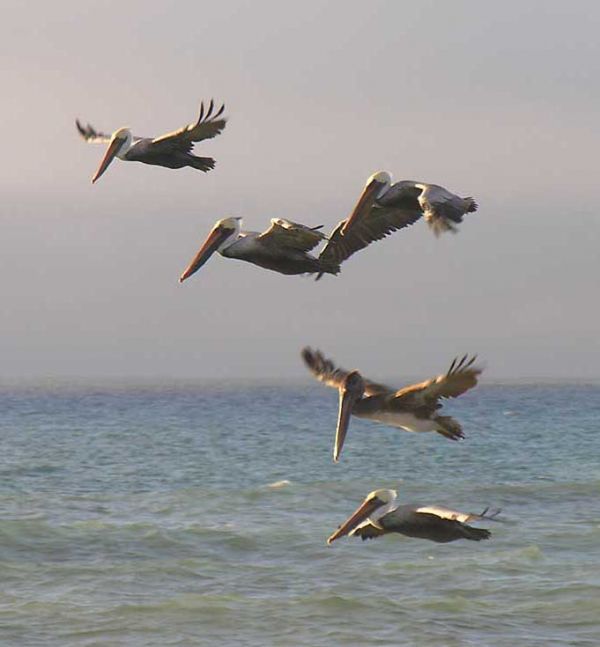 Despite their name, California Brown Pelicans can also be gray, white or combinations of all three colors. Nor is their natural range confined to the Golden State. In fact, as Paul Kelway explains, they migrate up and down much of the Pacific coast, which is part of the reason they’ve had problems recently. 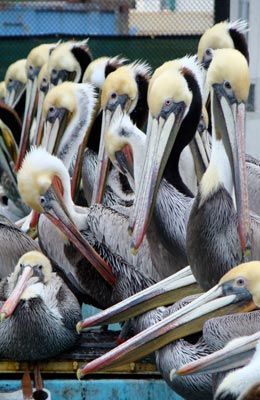 These birds, the smallest of all pelican species, were placed on the Endangered Species list because exposure to DDT resulted in thinner shells for their eggs, which led to fewer birds hatching, and reduced birth rates. Since the pesticide was banned, the pelican population has been gradually rebounding. The group seen at right are regaining their strength at the IBRRC facility in Cordelia, near Fairfield.