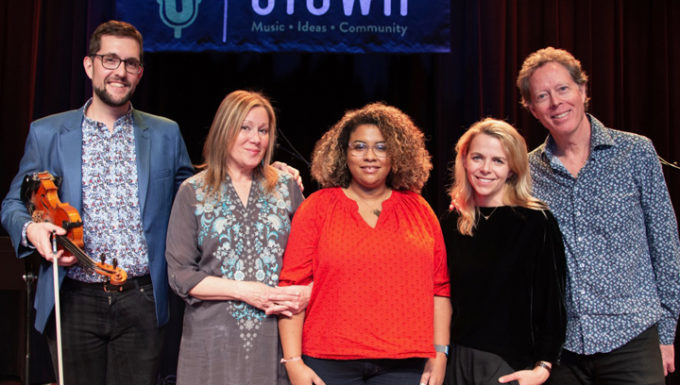 This week, appropriately, we have an especially international eTown show, one in which the performances and conversations were all so strong that we’re presenting it in two parts. Irish-American singer-songwriter Aoife O’Donovan of the Grammy Award-winning band “I’m With Her” returns to eTown, sharing pieces from her latest collaboration with Jeremy Kittel, who co-produced and arranged Aoife’s first new studio recording in four years. With us for their first visit is the Latin American and North American, Grammy-nominated roots band Che Apalache, featuring band members from Argentina, Mexico, and North Carolina (home of band leader, Joe Troop). Plus, we’ll visit with KC Curberson-Alvarado. Her nonprofit effort began as a local festival to celebrate cultural diversity in central Tennessee, but when the infamous ICE raid happened in 2018, her group became more deeply involved, now providing legal assistance, language classes, and so much more.