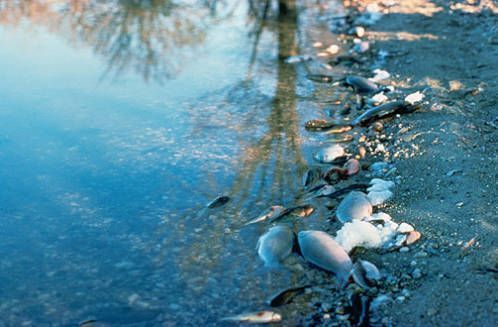 The federal government (National Marine Fisheries Service) and wildlife conservation groups are aligned in in a battle over pesticide use, with the latest round in a courtroom. NMFS wants to require no-spray buffer zones around waterways where salmon and steelhead live and migrate, for certain chemicals that are toxic to the fish. The chemical manufacturers are challenging that rule. Reporter Lori Abbott outlines the arguments.

The U.S. Fish & Wildlife Service photo at the right shows fish casualties the agency says were the result of pesticide contamination. Courtesy of USFWS.