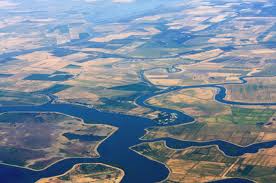 The Bay Delta is the hub of ’s water distribution system, providing drinking water to 25 million people, sustaining irrigation for 4 million acres of farmland, and supporting 750 different species of plants, fish, and wildlife.  The health of the ecosystem has been degraded over time by many factors, including the destruction of rivers and wetlands; the diversion of freshwater flows by federal and state water projects; the discharge of heavy metals, pesticides and nutrients; and the invasion and spread of non-native weeds and animals.  Fish populations have dwindled, and water supplies critical to public health and agriculture are at risk. 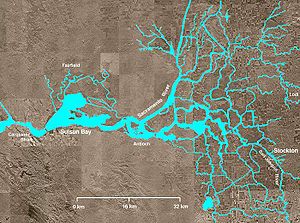 Forty years ago, against the backdrop of fires on the , the oil spill and Rachel Carson’s Silent Spring, the federal Clean Water Act was made law.  At the time, Congress charged a fledgling EPA with the goal of making the nation’s waters “fishable and swimmable.”  While the agency has made great progress toward that goal, complex problems, such as those facing the restoration of the Bay Delta, still need attention.

A copy of the Action Plan is available here: