Struggling to Breathe in the Bronx

And as Olumhense reported in September, local infrastructure may also be influencing Bronxites' health. The Cross Bronx Expressway, which cuts across the borough, regularly emits ultra-fine, lung-aggravating particles into the air Bronx residents breathe. Using data sourced through THE CITY's “MISSING THEM” project to document the lives of New Yorker's killed by the pandemic, Olumhense identified clusters of COVID-19 deaths along the expressway. 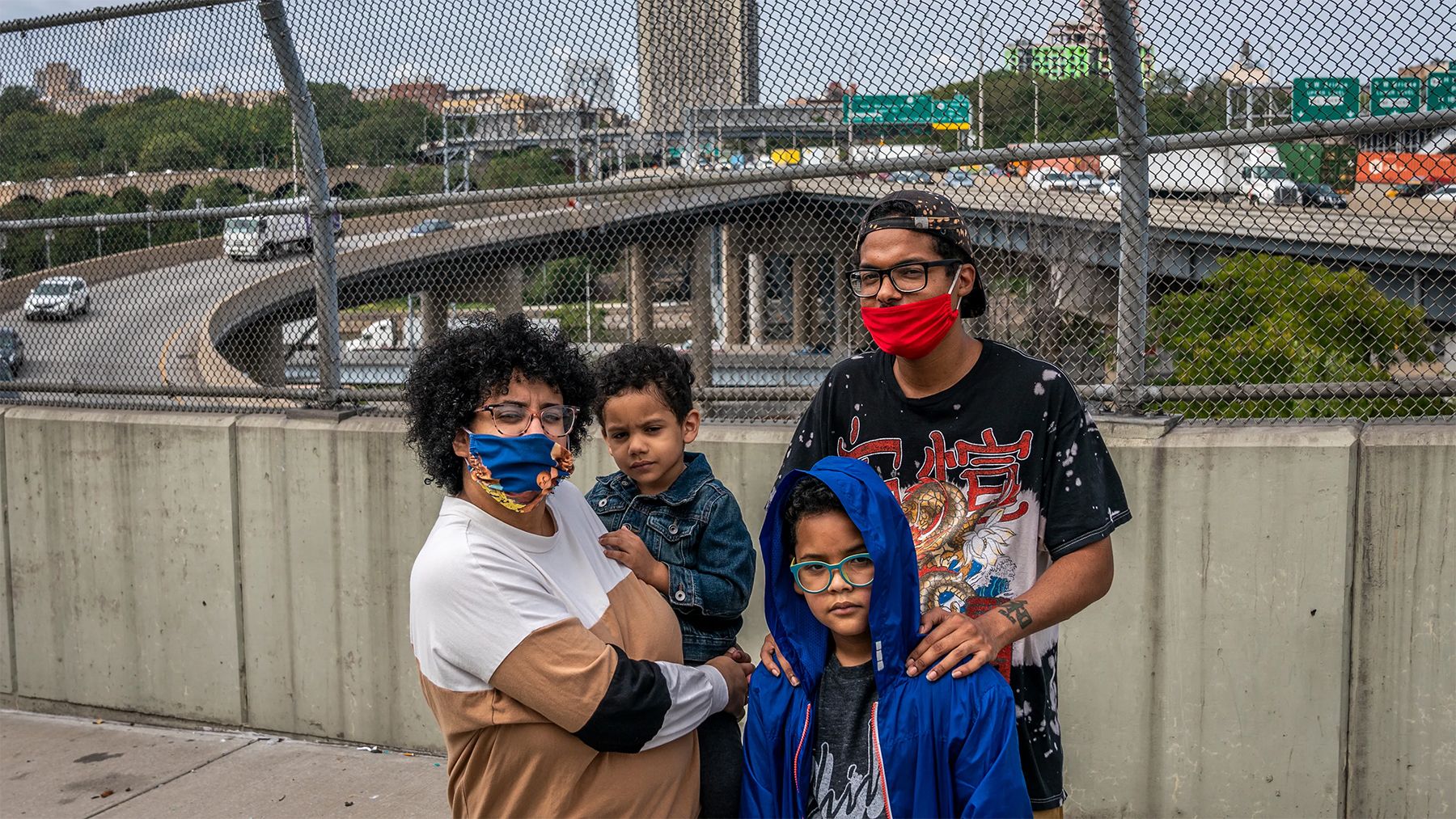 Working with Living Downstream: The Environmental Justice Podcast from NPR One, Olumhense and reporter Anjali Tsui identified other New York City neighborhoods near highways that had seen elevated death rates from the coronavirus, like Manhattan’s Chinatown and Washington Heights, as well as parts of Queens and Brooklyn near the Long Island Expressway and the Brooklyn-Queens Expressway.

Learn more about these findings — and more on the difficulties that polluted air presents for Bronx families — by listening to "Struggling to Breathe in The Bronx," produced by Ese Olumhense and Anjali Tsui. Living Downstream from Northern California Public Media and Mensch Media can be found on NPR One, Apple or wherever you get your podcasts.

This story was produced in collaboration with Living Downstream as part of “MISSING THEM,” THE CITY’s ongoing collaborative project to remember every New Yorker killed by COVID-19. The work was supported by a grant from the Fund for Investigative Journalism.

Ese Olumhense and Anjali Tsui reported and produced this episode of Living Downstream: Struggling to Breathe in the Bronx. It was produced in collaboration with Northern California Public Media, Mensch Media, the Fund for Investigative Journalism and Columbia Journalism School’s Stabile Center of Investigative Journalism. The episode is part of “MISSING THEM,” from the nonprofit digital newsroom THE CITY. Missing Them is an ongoing collaborative project to remember every New Yorker killed by COVID-19.

Music for this episode includes

The Living Downstream theme music is by David Schulman, and we also used an excerpt from his "five lives." I’m your host and senior producer, Steve Mencher – and I also mixed and story- edited this episode. Chris Lee is radio executive producer and Darren LaShelle is the President and CEO of Northern California Public Media.

To learn more about capping or covering the Cross Bronx Expressway, there's an episode of the podcast Healthy Bronx about that. I found it fascinating and a great companion to what you've been listening to. It just dropped and you can find it on their website BronxPolicy.org/HealthBronxPodcast.

Subscribe to Living Downstream on Apple Podcasts; Comment and rate it there, and find it wherever you get your podcasts. Find more about us on NPR One.

LIVING DOWNSTREAM thanks our sponsors who make this podcast possible. A list is available at norcalpublicmedia.org

Next Time – MacArthur Fellow Catherine Coleman-Flowers – a member of the White House Environmental Justice Advisory Council. We'll talk about her faith, and why clean water and improved sewage treatment are at the heart of her crusade to improve lives in Alabama's Black Belt – and elsewhere. See you then.