California's honeypot, from cradle to grave 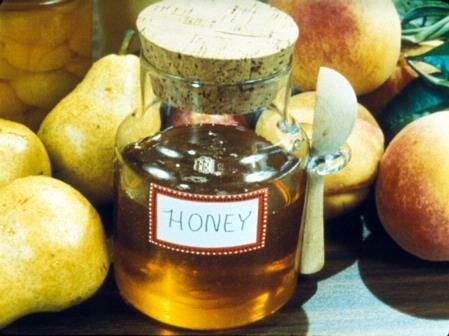 As October begins, pollination season has largely ended and many commercial beehives are having their  harvested. Now for the first time, beekeepers have a new tool to track just how much energy their efforts take, and the amount of greenhouse gases those efforts emit. With growing consumer interest in the carbon footprints of products and cap-and-trade legislation under AB32, emissions-tracking is becoming increasingly important for agricultural producers - including beekeepers and honey makers.

Beekeepers truck some 1.5 million bee colonies around the state to help pollinate ’s 760,000 acres of almond orchards and 50 other fruit and nut crops. They continue to pollinate vegetable crops throughout the summer and early fall. But beyond pollination, bees are big business here. is the second largest producer of honey in the country, producing over 27 million pounds of honey in 2010.

The chain of production leading to pollination and honey processing is long. Apiaries require hive construction and management, bee travel for nectar and pollination, honey extraction, processing and packaging. And each stage requires energy inputs in the form of fuel, electricity or nutrients.

Researchers at UC Davis and the UC Sustainable Agriculture Research and Education Program (SAREP) have created a way to calculate how much energy is required to produce a honey product, and the amount of greenhouse gas emissions that are created throughout the process. Looking at the chain of production for an entire operation, researchers can estimate the carbon footprint for a single kilogram of honey.

Recently, SAREP released a honey carbon calculator to help individual beekeepers, both hobbyist and commercial, track the greenhouse gases of their own apiaries.  The calculator is based on a life cycle assessment (LCA) of honey production, a cradle-to-grave accounting system used to track the energy requirements of products as diverse as cement, hybrid cars and almonds.

A truckload of beehives prepares to hit the road“With agriculture, a life cycle has to include all of the upstream materials acquisition and energy acquisition before you even get to the agricultural field. So we’re looking at the impacts of all of that,” said Sonja Brodt, program coordinator at UC SAREP.

The LCA of honey production is the first of its kind in the U.S. Alissa Kendall, assistant professor in Civil and Environmental Engineering, spearheaded the effort to assess honey’s greenhouse gas impact. To her surprise, “the big finding was the role of transportation in the life cycle.” Transportation of bee colonies for pollination and over-wintering uses the greatest energy and creates the greatest emissions.

Tracking these emissions is ultimately a benefit to a farmer’s bottom line, said . “There’s occasionally hostility to climate change and greenhouse gas research because it’s a very politicized issue," she said. But researchers find that “efficiency in operations is often well aligned with reducing greenhouse gases and climate footprint . . . and often goes hand in hand with reducing energy use and dependence on fossil fuels and oil.”

Elias Marvinney, a graduate student researcher focusing on agriculturally-produced greenhouse gas emissions said there are concrete financial rewards for being a net-carbon sequesterer. "If you can put a carbon negative sticker on your product, then you just expanded your market," Marvinney said.

Currently, honey producers and processors can input their records into the carbon calculator to determine which part of their operations have the greatest emissions and see where the greatest improvements can be made. The calculator can be found here. It comes with a guide.