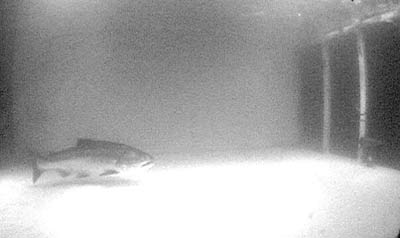 An underwater fish monitoring video camera located near a fish ladder in the Russian River recorded the first 2012 Chinook salmon on September 5th. That pioneering fish is the first of thousands that are expected to enter the Russian River watershed this season, in a year that shows promise for larger than normal returns.

Chinook salmon are listed as threatened under the Federal Endangered Species Act, which means they are a species that is likely to become extinct throughout all or a large portion of their range. The Sonoma County Water Agency has been actively working to restore and create habitat for the Chinook salmon for more than a decade. 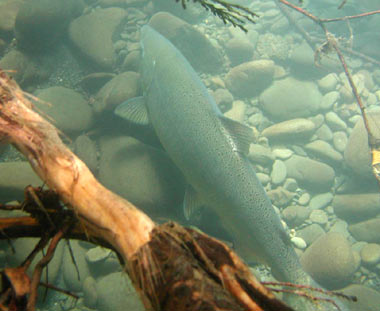 Water Agency biologists and a team of technicians review the time-lapse images seven days a week and visit the site daily to clean and maintain the cameras. This video shows how the recordings are made, and how the fish ladder, at the inflatable Mirabel Dam near Forestville, is also used by other river species.

The Water Agency conducts surveys to monitor fish rearing in the Russian River over the summer and will be tracking the number of salmon returning past the underwater cameras in the months to come. Below, in numerical order, is a total count of Chinook salmon from prior years: 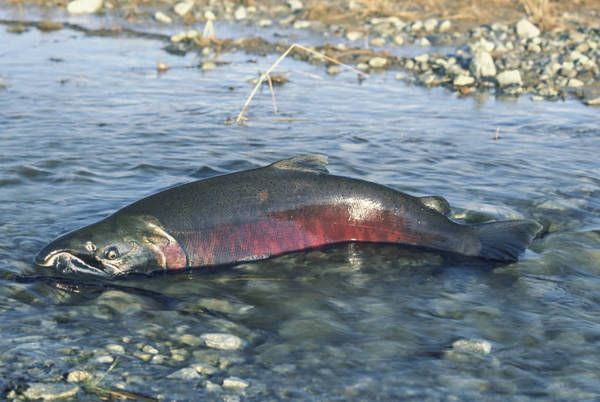 The Chinook salmon currently returning to the Russian River are offspring of wild parents that spawned naturally in the upper 75 miles of the river or in Dry Creek; there is no hatchery production of Chinook salmon. Fish returning to spawn are two to four years old. Spawning typically commences in November and continues through January. Eggs incubate in the gravel for several weeks before fry emerge and begin their downstream migration to the estuary. Water Agency trapping and marking studies have shown that most juvenile Chinook salmon enter the Pacific Ocean by July of their first year of life.

The Water Agency will be updating its website with Chinook salmon counts throughout the fall. Residents are encouraged to report any active Chinook poaching or suspicious activity to the Sheriff's Department at (707) 565-2121