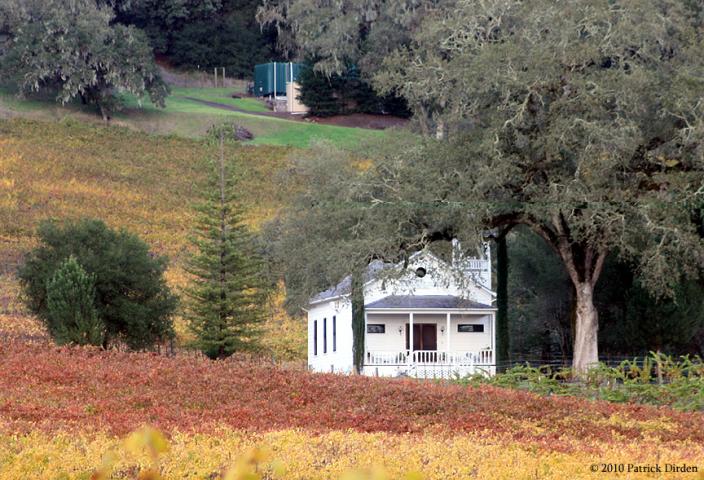 photo credit: Patrick Dirden/Flickr
Facing an uncertain and highly variable water future, a group of landowners in Alexander Valley are talking about forming a new water district. That's according to wine industry figure and former Santa Rosa mayor, Mike Martini, who addressed the Healdsburg City Council about the proposal at recent meeting.
"The purpose of which would be to partner with the landowners, but also with the city of Healdsburg, the city of Cloverdale, and the various small water contractors to ensure a resilient and sustainable water supply for the Alexander Valley," Martini said.
Speaking to the Healdsburg City Council on behalf of the Russian River Property Owners Association, local land use planner Walter Kieser said the need for a new water district is urgent.
"We are facing a threat situation," Kieser said. "This isn't normal."
"First is the drought and the long term changes of weather conditions that we all know is real and happening," Kieser said. "The second is that Potter Valley flows that have been coming down the Russian River for more than a hundred years are either likely to be reduced or eliminated altogether in the near future. The third piece is the state has been very active in curtailment orders with respect to groundwater [that] is interconnected with the Russian River."
Kieser said a shake up is already likely for Alexander Valley’s water.
"We expect that within a year or two the state is going to declare Alexander Valley a medium priority basin, which will require the formation of a groundwater sustainability agency," Kieser said.
Water districts are formed based on land ownership, and for the landowners behind the push to form and govern a new local water district, the main goal is to ensure continued irrigation of the 25,000 acres of vineyard under cultivation in the area.
The Dry Creek Rancheria, part of a groundwater recharge pilot project, is also involved in the Alexander Valley water district formation efforts, as is the Lytton Rancheria.