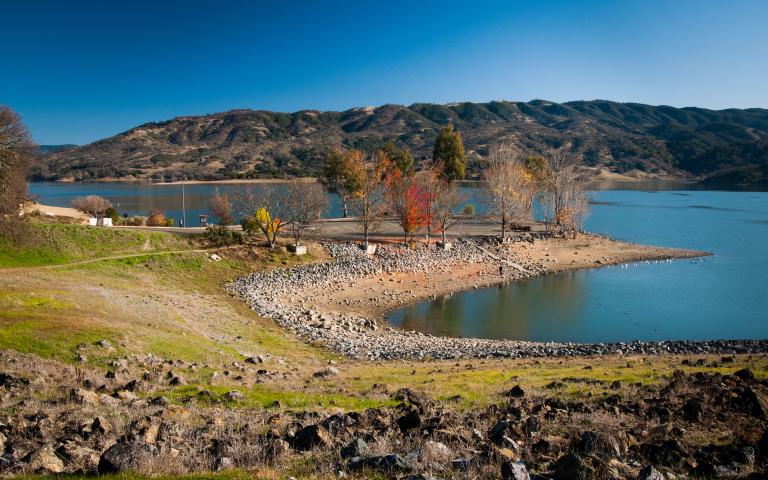 photo credit: Martin Hapl/flickr
The Army Corps of Engineers has been busy during the recent barrage of rainfall.
Lake Sonoma and Lake Mendocino under normal conditions are co-managed by the Corps of Engineers and Sonoma Water, but with the influx of rain, that’s changed at Lake Mendocino, according to Nick Malasavage, chief of operations for the Corps' San Francisco office.
"Taking over control is basically the decisions on how much to release into the Russian River based on how high the pool is," Malasavage said. "So we crossed over that threshold on Monday. Now it's the flood risk management of our flood control pool."
"So what are we looking at when we're making our decisions? Just like everybody else, the weather," Malasavage said.
Malasavage said the Corps, whose main focus is flood control, aims to dynamically manage reservoir levels during these major precipitation periods.
"If it's dry weather ahead, then we can be far more deliberate and subtle about the amount of water that we release into the river," Malasavage said. "Point being is that we want to restore that flood control space. If we do see another storm, like what we've been experiencing, if we see that on the horizon, then we're going to pick that window of time when downstream conditions are safe to release some of that water, restore that space so that we can then hold onto the next storm as it falls on the watershed."
He said the two reservoirs have benefited greatly from the recent rain.
"Lake Mendocino has just had a dramatic turnaround in the past month," Malasavage said. "You know, we had the historic low in 2021, but we had chronically low lake levels in 2022. That's basically wiped off the table. Lake Mendocino is a big turnaround."
"From an elevation, Lake Sonoma has also been a big turnaround, but it's also a much bigger lake and a much bigger space," Malasavage said.
While releases from Lake Sonoma and Lake Mendocino during drought conditions can draw ire and confusion, Malasavage said conservation needs to look beyond reservoir levels.
"The drought is still very real," Malasavage said. "Lake Sonoma is still rather low for this time of year, but it's a sigh of relief from the water supply perspective, but still a moment of holding the breath just because of conditions in the watershed."
"Our lakes actually only regulate 18% of the watershed, so that leaves 82% of the watershed just free to flow into the river," Malasavage said.