'Bomb cyclone' on the way; dire storm forecast for the Bay Area 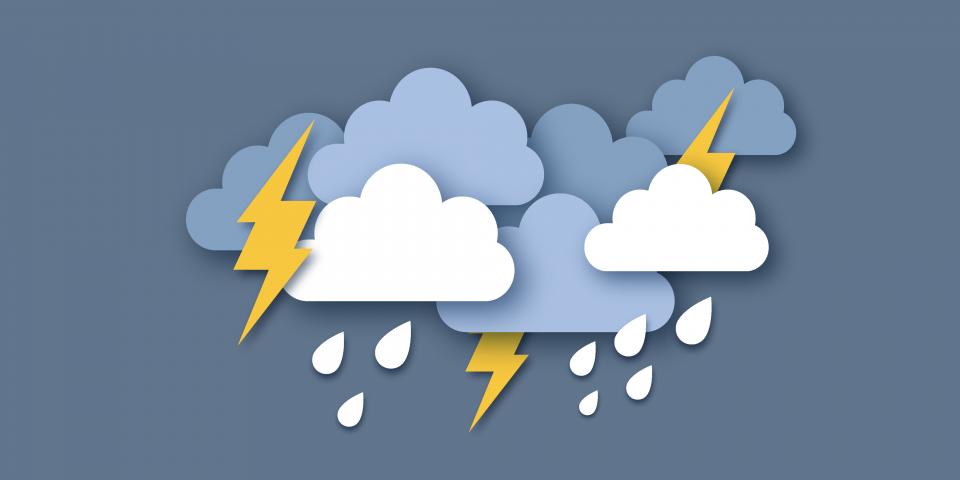 The entire Bay Area will be under a flood watch beginning Wednesday due to a heavy storm system expected to be as bad or worse than Saturday's deluge and which will likely result in the loss of human life, according to a dire forecast update from the National Weather Service.

The update issued Monday afternoon includes five key points, with the first one noting a "threat to life likely during this storm."

Mudslides are anticipated due to saturated soil, and rapidly rising creeks and streams will pose additional dangers.

A meteorologist shared the following observations in the forecast about the coming storm: "To put it simply, this will likely be one of the most impactful systems on a widespread scale that this meteorologist has seen in a long while. The impacts will include widespread flooding, roads washing out, hillside collapsing, trees down (potentially full groves), widespread power outages, immediate disruption to commerce, and the worst of all, likely loss of human life. This is truly a brutal system that we are looking at and needs to be taken seriously."

The forecast includes an updated threat matrix it classifies as "extreme risk" for conditions expected Wednesday and Thursday, including increased wind gusts, a flood watch that now includes the entire Bay Area and an added forecast Friday through Sunday after the big storm for roughly 1-2 inches of rain in most areas.

Wednesday through Thursday morning will be the worst of the storm, with heavy rain and strong winds with gusts of 35-55 mph in most areas, with stronger gusts at higher elevations.

The flood watch will be in effect from Wednesday morning through Thursday afternoon, with rain amounts expected from 2-4 inches in the valleys, 3-6 inches in the foothills and 8-10 inches in the coastal mountains. San Rafael could get 4-6 inches.

Tuesday is expected to have little to no rain for the region and represents the last opportunity to clean up from Saturday's storm before the next one hits, forecasters said.