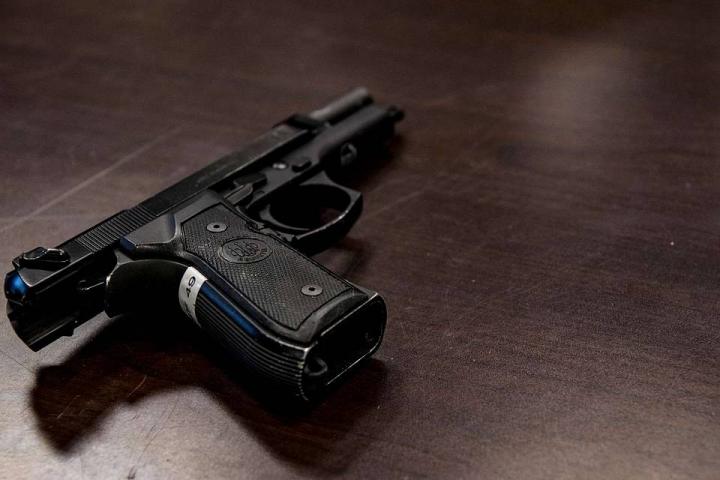 photo credit: Courtesy of Defense Visual Information Distribution Service
Having a handgun inside your home puts occupants at increased risk - more than double - for a deadly homicide than those without handguns in the home.
Hoping to mitigate the risk for those who do own firearms, Petaluma recently introduced new gun rules.
Petaluma Deputy Police Chief Brian Miller explained them.
"What we do know is that applying trigger locks or using lock boxes when storing firearms in homes reduces that risk of firearm injury and death," Miller said. "So the proposed ordinance would add regulations requiring all firearms and precursors to firearms to either be stored safely in a locked container or locked with a triggering device."
The new rules also cover missing firearms, according to Miller.
"Additionally, the proposed ordinance would require people with whose firearms is stolen or lost to report the missing firearm to the Petaluma Police Department," Miller said. "Within 48 hours of discovering that firearm that's missing."
While the council was united in their support of the new regulations, there was push back from Stefan Perez, president of the local chapter of the California Rifle and Pistol Association.
"The government does not have the authority to infringe on the right to self-defense by dictating what a person does in the home," Perez said. "California state laws already create liability for the criminal storage of a firearm for any gun owner that allows a minor or prohibited person to access and misuse a firearm; the proposal is unenforceable under the fourth amendment."
But Petaluma city attorney Eric Danly said these types of laws have already been upheld in federal court and details an example of enforcement.
"Where I see this, besides its deterring effect and its informational effect, is going be in those incidents to which our police respond to calls regarding domestic violence or welfare checks, where they don't only have the right, but also the duty to make a determination in those instances if firearms are present and they're a danger," Danly said.
The firearm storage and reporting ordinance passed with unanimous support.