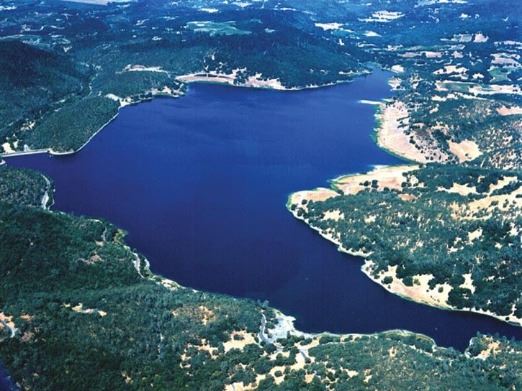 Money to greatly improve the earthen dam's antiquated spillway and funding to study dredging the Napa River was added to the recent, must-pass National Defense Authorization Act by Congressman Mike Thompson.
Although long awaited, convoys of earthmoving equipment won't be streaming in to make repairs for a while. Joy Eldredge, deputy utilities director for the City of Napa laid out how the project will likely proceed.
"We have to complete the feasibility study, my understanding right now is that the Corps of Engineers will be part of the review process with it, so, we are likely looking at a year or two until we have full approval, that's going to include the Division of Safety of Dams and the Corps of Engineers, if we're doing such a big project like this, we sure want to get it right. And, I'm a little bit guessing right now not having worked with these agencies recently, that that's probably a two-year process."
She said a five-year timeline for completion was a ballpark guess. She said issues with the dam, completed in 1946, have been known for decades.

"Frankly, since the 80s, but more poignantly NOAA has re-defined what they consider the maximum probable flood and that has changed the amount of flow that should be able to exit from our reservoir."
And that's a problem. Essentially, it's possible for more water to flow in, than engineers can eject.
And that could prove catastrophic for the dam and anything downstream, including Napa itself.
"It's an earthen dam. Should the spillway be flowing at max capacity and this deluge of water continues to drain into the reservoir, there's the potential it could exceed the top of the earthen dam, and that's not a good scenario."
That's because water pouring over the dam's face would likely lead to total failure and thirty-one-thousand-acre feet of water pouring down Napa Valley.
During its last inspection five years ago, the dam's condition was rated 'fair.' The 125-foot-high structure is also considered a 'high hazard' dam due to the number of people living in the floodplain below.